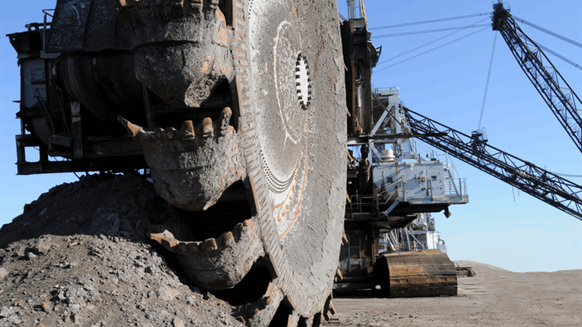 Teck Resources is pulling its application for a controversial new oil-sands mine in Alberta.

(Bloomberg) -- Teck Resources Ltd. is pulling its application for a controversial new oil-sands mine in Alberta, freeing Canadian Prime Minister Justin Trudeau from a political predicament.

The company will write down the Frontier project’s C$1.13 billion ($850 million) carrying value, it said in a statement late Sunday.

Teck’s decision not to proceed with the mine frees Trudeau from possibly the toughest test yet of his vow to balance developing Canada’s resources with fighting climate change. Rejecting the mine would have sparked widespread anger in Alberta, where the mine would have provided jobs and investment; approving it would have alienated the Liberal prime minister’s environmentalist base.

However, Teck pulling the application won’t be an unvarnished win for Trudeau. In a letter explaining why the miner pulled the plug, Chief Executive Officer Don Lindsay placed the blame on governments, saying Canada doesn’t yet have a clear framework to reconcile resource development and climate change.

“The growing debate around this issue has placed Frontier and our company squarely at the nexus of much broader issues that need to be resolved,” Lindsay said. “In that context, it is now evident that there is no constructive path forward for the project.”

Beyond the climate-change debate, the economics of the project have changed radically since it was first proposed in 2011. Back then, crude prices often topped $100 a barrel and fears abounded that the world was running out of oil. Canada’s oil sands, which contain the world’s third-largest reserves, saw a boom of spending as companies and countries rushed to secure supplies.

But since then, fracking techniques unlocked massive reserves in Texas’s Permian Basin, helping the U.S. surpass Russia and Saudi Arabia to become the world’s top oil producer. Teck’s application for the project relied on long-term prices of about $95 a barrel, a level global benchmarks haven’t reached since 2014. West Texas Intermediate traded below $52 a barrel on Monday.

The mine would have produced about 260,000 barrels of crude a day, more than the daily oil consumption of Norway. It also would have emitted the equivalent of about 4.1 million tons of carbon-dioxide a year, making it harder for Canada to meet its greenhouse-gas reduction targets.

But for Alberta, which has struggled with the downturn in oil prices since 2014, Frontier would have been a boon, creating a projected 7,000 jobs during construction and as many as 2,500 operating positions during its four-decade life. It also would have contributed about C$70 billion to federal, provincial and municipal governments through taxes and royalties.

Teck said in its earnings statement Friday that it would need to take an impairment charge if Trudeau rejected the mine. The Liberal caucus was divided on the project and cabinet hadn’t made a decision yet, according to a source familiar with the discussions.

To contact the editors responsible for this story:
Derek Decloet at ddecloet@bloomberg.net
Christopher Sell, Brian Wingfield