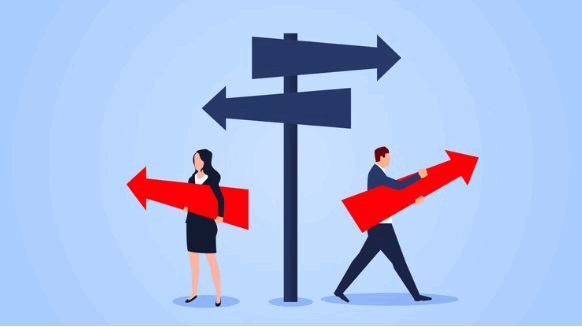 BP's CEO declared Tuesday the company would be a supermajor no more.

(Bloomberg) -- In the late 1990s, BP Plc boss John Browne used an oil-price slump to usher in the age of the supermajor, buying U.S. rivals Amoco and Arco to create a transatlantic giant. He kicked off a round of mergers that saw his company and four others dominate the industry -- Exxon Mobil Corp. and Chevron Corp. in the U.S., Royal Dutch Shell Plc and Total SE in Europe.

That era ended on Tuesday when Bernard Looney, the third chief executive officer since Browne’s swashbuckling reign ended in 2007, declared BP would be a supermajor no more and proposed a very different blueprint for the oil company of the future.

Just six months after taking the helm, Looney has put meat on the bones of his plans to make BP compliant with the Paris accord on climate change, saying he’ll cut dividends in half, shrink oil and gas output by 40% over the next decade and spend as much as $5 billion a year building one of the world’s largest renewable-power businesses.

Where Browne created a global model, Looney’s strategy shows the oil industry is splitting in two.

On one side of the Atlantic, BP, Shell and Total are trying to make themselves going concerns for a low-carbon age, diluting their fossil-fuel businesses with plans to build significant revenues from renewable energy. Exxon and Chevron -- insulated from the pressure applied by European investors and politicians -- are charting a different course: keep pumping as profitably as possible and hand the cash back to investors. Like Big Tobacco, they’re increasingly courting shareholders willing to put returns above the harm their product causes.

Pay Out or Diversify

“BP had two choices,” said Brian Scott-Quinn, emeritus professor at Henley Business School in southern England, who’s written on financial markets and climate change. “First, simply paying out the maximum dividend it can in the future by not investing in the future at all. Alternatively, it can diversify on a much larger scale.”

“You have to knit together lots of different energy sources,” Looney said in a Bloomberg TV interview on Wednesday. “We are natural gas, we’re in solar, we’re in wind, we have one of the world’s largest trading organizations.”

It’s a complete change of direction for a company that raised the dividend earlier this year and has been hammered by the post-pandemic crash in oil prices. And there are plenty of risks ahead.

BP concedes that power projects still make lower returns than oil and gas investments -- one reason why the board agreed to a lower dividend. And management has acknowledged that hydrocarbon production will probably remain BP’s main source of earnings for “the next several years,” funding its shift toward cleaner energy.

But there are dangers for Exxon and Chevron too. As alarm over global warming increases, their universe of potential investors may keep shrinking, especially if Joe Biden takes the White House in November and resets U.S. energy policy. As this quarter’s record losses show, if the post-Covid slump in crude prices is sustained, generating meaningful returns from oil and gas won’t be easy. A decade ago, Exxon was the most valuable U.S. corporation. Today it ranks 41st.

“There’s definitely a division between the Europeans, who are much more committed to meeting the climate agenda,” and the Americans, said Panmure Gordon & Co. analyst Colin Smith. Their success will depend on how attractive the pivot in investments is perceived to be, relative to continued spending on oil and gas, he said.

Unlike their European peers, Exxon and Chevron have managed to bat away investor pressure thus far. Both companies, backed by the U.S. Securities and Exchange Commission, have resisted requests for shareholders to vote on their emission strategies.

But they’ve been struggling with meager returns after investing heavily in megaprojects around the world for a decade, leaving them wholly unprepared for the era of cheap oil that began in 2014. Slow to realize the transformational effect of the shale revolution that happened on their doorstep, Exxon and Chevron are only now understanding that they must become more nimble to respond to market conditions, rather than dictate them.

Under their current CEOs, neither U.S. major has the will to follow the Europeans down the green path. Both plan to stick with oil and gas long-term, tempered only by small clean-energy technology bets. For them, rushing to renewables -- where they have no competitive advantage and see smaller returns in a more regulated industry -- is not the answer.

Yet in Europe, BP’s newly fleshed out plans will no doubt add pressure on Shell, which also announced ambitions earlier this year to slash its carbon emissions by 2050 and increasingly turn to renewables. The Anglo-Dutch major has promised more detail on that shift, which will ultimately result in it only doing business with emission-free companies.

For the European majors, the success of their strategy depends in part on governments maintaining the scale of policy support needed to make the energy transition happen. With countries around the world pledging greener economies as they emerge from the devastation of the coronavirus, BP may have chosen its moment wisely.

“If ever there was a moment to reset, this was it,” said Luke Parker, vice president of corporate analysis at consultant Wood Mackenzie Ltd. “Several factors have converged to make it possible: coronavirus and everything that comes with it; a strategic pivot to net-zero on the horizon” and a “new leadership with credit in the bank.”

--With assistance from Alix Steel.

To contact the editors responsible for this story:
James Herron at jherron9@bloomberg.net
Amanda Jordan, Emma Ross-Thomas