Study Finds Up to 10% Permanent Drop in US Miles Driven 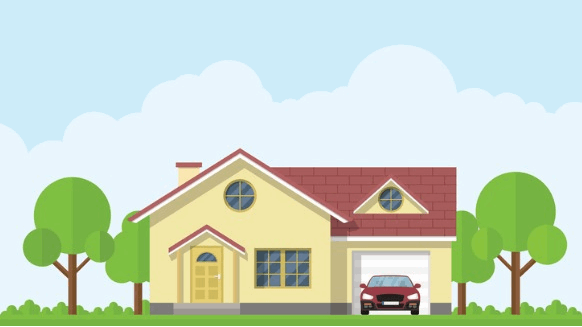 A new study finds that working from home and online shopping have become the new normal.

(Bloomberg) -- Working from home and online shopping have become the new normal and that will reduce driving in the U.S. by up to 270 billion miles a year, according to new study.

The research conducted by consultant KPMG International finds the cocoon culture Covid-19 has created is not going away -- even if a vaccine is made widely available -- and that will have potentially dire consequences for the auto industry. For starters, the decline in commuting will remove 14 million cars from U.S. roads, KPMG forecasts.

During the height of the pandemic in April, Americans sheltering at home drove 64% fewer miles, an unprecedented decline in travel. Those new habits will die hard, with KPMG predicting as much as a 10% permanent reduction in the nearly 3 trillion miles typically traveled every year and vehicle ownership declining to slightly less than two-cars per household.

“People buy a car to get to and from work and because shopping is a very important part of their lives,” Gary Silberg, head of KPMG’s global automotive practice, said in an interview. “If two of the primary missions that the American public buys a car for are going to reduce in demand, we know that’s going to have an adverse impact on auto sales. It’s just like gravity.”

The change in habits could result in roughly 1 million fewer sales of new cars and trucks annually, Silberg said. Americans have purchased more than 17 million cars, sport-utility vehicles and light trucks annually for the last five years. The National Automobile Dealers Association expects U.S. auto sales to plunge as low as 13 million this year due to the pandemic’s chill on the economy. As the industry works its way out of the hole created by the shutdown, the potential loss of 1 million sales a year will loom large.

With fewer miles driven and fewer cars on the road, that also means dealers and mechanics will have less money coming in from repairs and other after-market services aimed at keeping cars running.

“This is terrible news for the after-market, where a lot of profits are being made,” Silberg said. “Fewer cars driving fewer miles means less wear and tear. These will lead to profound changes.”

The upside of these changes is that the market for delivery vehicles is booming thanks to the surge in online shopping. Automakers are already capitalizing on that shift, with Ford Motor Co. and Volkswagen AG joining forces to develop commercial, self-driving and electric vehicles, including delivery vans. Startups such as electric-truck maker Rivian Automotive also are getting in the growing commercial market, with a contract to provide 100,000 delivery vehicles to Amazon Inc.

“The silver lining is that with all these people pushing the buttons, it’s Christmas every day,” Silberg said. “All the packages we’re getting is massively increasing demand for commercial vehicles.”

To contact the reporter on this story:
Keith Naughton in Southfield, Michigan at knaughton3@bloomberg.net

To contact the editors responsible for this story:
Craig Trudell at ctrudell1@bloomberg.net
Chester Dawson