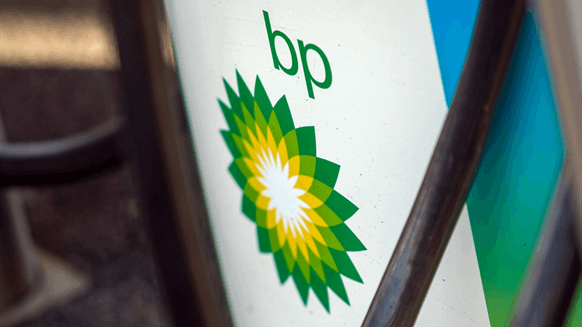 BP posted its second-highest quarterly profit on record and announced a further $2.5B of share buybacks, capping a stellar period for Big Oil.

BP Plc posted its second-highest quarterly profit on record and announced a further $2.5 billion of share buybacks, capping a stellar period for Big Oil after Russia’s invasion of Ukraine pushed up energy prices.

The strong earnings, which included an “exceptional” performance from gas trading, is delivering a windfall for investors, but also stoking the ire of politicians who are grappling with the economic damage from soaring inflation and rising interest rates.

BP’s home country of the UK has already imposed additional taxes on the oil industry, and companies could face more levies as US President Joe Biden and some other European governments seek to mitigate the impact of high energy prices.

BP’s adjusted net income was $8.15 billion, just below the record set in the second quarter, but still well ahead of the average analyst estimate of $6.18 billion, the company said in a statement on Tuesday. It’s more than double the level from a year ago.

BP actually reported a net loss of $2.2 billion for the period, mainly due to an accounting adjustment required by changes in forward gas prices. It’s another sign of how volatile global gas markets are having a big impact on the industry’s accounts, working capital and cash flows.

That volatility, however, swelled the earnings contribution from BP’s large and opaque trading unit. Adjusted third-quarter profit for the gas and low carbon energy unit was $6.24 billion, exceeding the profit the business made in the first nine months of 2021.

“The exceptional gas trading result is particularly impressive given the Freeport LNG outage,” RBC analyst Biraj Borkhataria said in a note, referring to the Texas liquefied natural gas plant that was shut by a fire in June.

Bumper profits have been used to pay down debt and reward shareholders. The company’s latest share buyback brings total repurchases announced in 2022 to $8.5 billion. Net debt fell to $22 billion, dropping at a slower pace than prior quarters but still down by almost $10 billion from a year earlier.

BP is also channeling its extra cash into low-carbon energy after its pledge to achieve net-zero carbon emissions by 2050. Last month, it agreed to acquire biogas producer Archaea Energy Inc. for about $4.1 billion including debt.

“We are providing the oil and gas the world needs today, while at the same time investing to accelerate the energy transition,” BP Chief Executive Officer Bernard Looney said in the statement.

The rising payouts are pleasing investors. BP shares are up about 46% this year to levels last seen just before the coronavirus pandemic hammered the oil industry.

--With assistance from Will Kennedy and Christopher Sell.