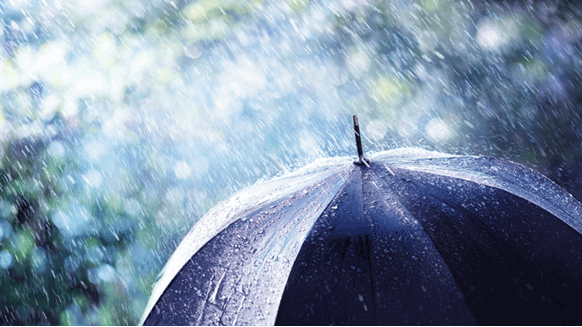 Tropical Storm Beta is flooding southeastern Texas as it grinds along the coast.

(Bloomberg) -- Tropical Storm Beta is flooding southeastern Texas as it grinds along the coast, pounding it with heavy rain before meandering toward Louisiana.

Beta is expected to stall inland over Texas on Tuesday and then move slowly northeastwards, according to an advisory from the National Hurricane Center at 5 a.m. New York time. The storm was about 35 miles (56 kilometers) northwest of Port O’Connor. The worst rains may occur in eastern Louisiana, with the possibility of tornadoes near coastal areas in Texas or Louisiana.

“The slow motion of Beta will continue to produce a long duration rainfall event from the middle Texas coast to southern Louisiana,” Robbie Berg, a National Hurricane Center meteorologist, wrote in his forecast.

Earlier, meteorologist Stacy Stewart said the combination of a dangerous storm surge and the tide will cause normally dry areas near the coast to be flooded by rising waters moving inland from the shoreline.

Some areas could get as much as 20 inches (51 centimeters) of rain, and Beta could raise ocean levels along the Texas coast, including pushing water levels 2 to 4 feet higher in Galveston Bay and the Sabine Pass, according to the advisory.

The storm won’t be a repeat of Hurricane Harvey, which caused catastrophic flooding in Houston in 2017. The fourth-largest U.S. city could dodge any serious impacts because of the dry air around Beta’s core, which has sapped it of strength. Beta won’t have Harvey’s winds or record-breaking rains.

Beta is the Atlantic’s 23rd storm for this year, the second-most active season in records going back to 1851. So many storms have formed that the hurricane center has used up all the names on its official list and has begun designating new storms with Greek letters. Beta will also be the ninth storm to hit the U.S. this year, tying a record set in 1916, said Phil Klotzbach, lead author of the Colorado State University seasonal forecast.

City and county officials have called for a voluntary evacuation of residents in the west end of Galveston, Texas, as well as on the Bolivar Peninsula across the opening to the bay from the city, where an emergency has been declared.

Widespread flooding was already occurring along the Texas coast, with some streets in Galveston underwater, Charles Peek, a reporter with the Weather Channel, said in a Tweet.

The worst of Beta’s rain will probably occur across Louisiana, said Ryan Truchelut, president of WeatherTiger LLC in Tallahassee. It’s likely that 3 to 6 inches of rain will fall across Louisiana for days as the storm’s core drifts up the Texas coast, he said.

Beta has weakened so much it won’t cause many issues for onshore refineries and any interruptions offshore won’t last long.

“The overall story is the impacts we feared would be greater are far less this morning,” said Jim Rouiller, lead meteorologist at the Energy Weather Group. “Louisiana will see the lion’s share of the rainfall. As far as the impacts, the rigs will be up and running in a couple of days and the refineries won’t have to curtail operations.”