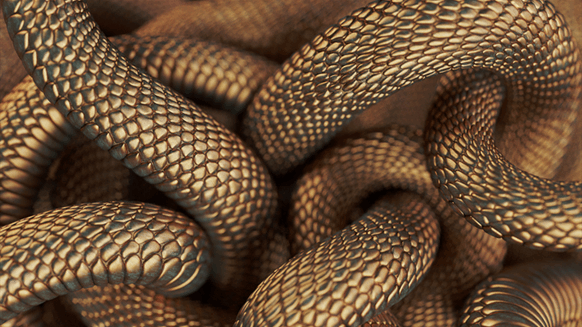 An obscure part of the global marine-fuel market, once viewed as having little value for most shippers, is about to have its day.

(Bloomberg) -- An obscure part of the global marine-fuel market, once viewed as having little value for most shippers, is about to have its day.

Producers of additives -- anything that makes fuels more viscous, lubricating or stable -- are cashing in as new shipping regulations require vessel owners to switch to cleaner fuels. At least some new low-sulfur fuels contain ingredients that can separate over time, potentially making them liable to clog equipment.

“It would be very irresponsible not to use an additive,” said Melbourne Pinks, senior vice president at U.S. chemical shipping company Chembulk Tankers LLC. “They are now essential.”

That wasn’t a common view before the new International Maritime Organization rules -- known as IMO 2020 -- came into effect this month, requiring the vast majority of shipowners to ditch high-sulfur fuels. Some of the new, cleaner versions may contain asphaltenes, which can form a sludge, especially when different fuels are mixed together.

That’s prompted shippers to turn to the additives they once passed over as unnecessary, including compounds to improve a fuel’s lubricity and others to keep it stable and prevent it from breaking down.

“For the first time ever, you had the shipping companies trusting the additives suppliers,” said Giorgio de Leonardis, EMEA vice president in the Fuel Specialties unit at U.S.-based supplier Innospec Inc. “Additives suppliers, in the past, did not have a good reputation. They used to be called snake oil.”

Chembulk, which owns or operates about 20 vessels, is using additives from Aderco SA, a Swiss company that saw a surge in customers ahead of the new rules.

“We have almost doubled our sales,” Aderco Chief Executive Officer Olivier Baiwir said in an interview at the company’s headquarters in Nyon, near Geneva. Its products, based on Canadian technology that keeps ice-breaking vessels functioning in the freezing far north, are used to ensure engines run smoothly. They’re also used to clean ships’ fuel tanks as owners make sure no non-compliant fuel remains.

“There were very few known options to clean tanks until last year and the most widely used one was manual cleaning,” said Peter Sand, chief shipping analyst at BIMCO, a trade group for many of the world’s vessel operators. “In the past year, the use of chemicals and additives has become one of the most-favored options” amid the transition to IMO 2020 fuels.

That’s been a boon to companies like Englewood, Colorado-based Innospec, which has also reported a doubling in sales of marine-fuel additives. The trend is likely to continue as ships use mixtures of various low-sulfur fuels from different sources, according to the company, which has been testing blends for months and says it found potential problems in most of them.

Pre-IMO 2020, fuel compatibility wasn’t such a big issue. Shippers generally only had to match a couple of specifications to mix fuels. Now, they have to choose between different marine fuels that aren’t necessarily interchangeable.

There are two main ones, with VLSFO -- very low sulfur fuel oil -- emerging as the more popular. Yet VLSFO can be made through different refining processes, and output from two refineries may not be compatible.

Eager to avoid costly mechanical failures, vessel owners are making sure their fuel systems function efficiently as they bring them into line with the new rules.

There have been “significant efforts to comply with the regulations, including cleaning tanks and fuel systems as well as using additives to ensure that there are no residual non-compliant fuels,” said Guy Platten, secretary-general of the International Chamber of Shipping Ltd. “This is primarily to mitigate against any potential safety risks that could arise to ships’ engines.”