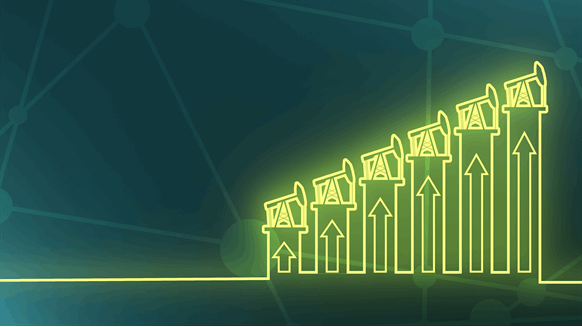 Small shale producers and offshore drillers are among stocks soaring after the wider OPEC+ group agreed to extend output curbs.

(Bloomberg) -- Small shale producers and offshore drillers are among stocks soaring after the wider OPEC+ group agreed over the weekend to extend its record output curbs.

Saudi Arabia also increased prices for some crude exports by the most in at least two decades.

Canada’s beaten-down energy stocks also extended their gains Monday, with the likes of ShawCor LTD and Baytex Energy Corp. both rising over 100% during the last five sessions.

Still, oil extended losses after Saudi Arabia said it wouldn’t continue its additional, deeper output curbs after June, and Libya said it would resume exports from its largest fields.

“The extension was expected and anticlimactic,” Piper Sandler analyst Bill Herbert told clients in a note. “The complexity factor associated with oil continues to be exceedingly elevated,” he added.

Goldman Sachs thinks oil has already more than priced in an OPEC+ agreement to extend supply cuts through July, with prices nearing levels that could prove self-defeating to the market rebalancing.

To contact the editors responsible for this story:
Courtney Dentch at cdentch1@bloomberg.net
Kristine Owram, Steven Fromm