Shipping Gets Smashed by Coronavirus 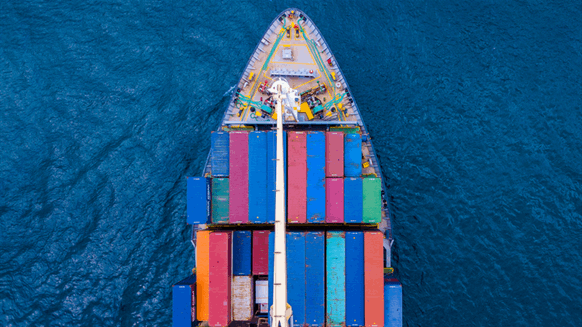 The shipping industry tends to do badly when Chinese demand disappoints, but the outbreak of the coronavirus has done more than just damage the amount of cargo that needs to be transported.

(Bloomberg) -- The shipping industry tends to do badly when Chinese demand disappoints, but the outbreak of the coronavirus has done more than just damage the amount of cargo that needs to be transported. It’s also preventing many owners from making their ships commercially viable.

Giant Capesize carriers that take iron ore and coal to China are now earning less than $2,600 a day, according to the Baltic Exchange in London. That’s a fraction of what they need even to pay their crew, and 93% below a 2019 peak. Supertankers transporting 2 million-barrel cargoes of crude have collapsed about 95% from their high point last year.

That’s bad enough, but for a big part of the shipping industry the virus is presenting additional woes: many owners urgently need to have their vessels fitted with equipment called scrubbers at shipyards in China. The kit allows carriers to keep legally burning fuel that would save them millions of dollars a year. The coronavirus is preventing such installations, according to DHT Tanker Holdings Ltd., a vessel owner.

“Getting people and parts to the yards for installation has been a massive quagmire,” because of the outbreak, said Randy Giveans, senior vice president for equity research at Jefferies LLC in Houston.

From Jan. 1, vessels had to cut emissions of sulfur oxides. As that happened, the cost of ship-fuel that was prevalent last year collapsed because it contained too much of the pollutant. The new variety surged in price. Some owners gleaned a big commercial edge by fitting the scrubbers in advance of the new rules, allowing them to continue burning the cheaper old product. Now others are rushing to get their own fleets refitted.

Supertankers that have the scrubbers fitted are earning about $15,000 a day more than those that don’t have them, according to Giveans. Over a year, that means the scrubber-fitted ships would earn about $5 million more. There’s a similar picture in other freight markets.

DHT plans to install six scrubbers on its ships this year, and the recent slump in shipping rates would have made this a good time to get them fitted, co-Chief Executive Officer Trygve Munthe said in an earnings call on Thursday. But China’s shipyards can’t complete existing work due to the widespread shutdown sparked by the outbreak, let alone take on new business, he said.

Eight supertankers and two smaller tankers are installing scrubbers in Chinese shipyards and now face delays as a result of the outbreak, according to Anoop Singh, head of East of Suez tanker research at Braemar ACM Shipbroking. The number of vessels idled near Shandong in China is also expected to rise as demand from refineries falls, Singh said.

“Coronavirus is closing down retrofit yards in China -- naturally extending the waiting time for ships with a slot time for a retrofit,” said Peter Sand, chief shipping analyst at industry group BIMCO. “The uncertainty of how long this is going to take is massive.”

--With assistance from Ann Koh and Jack Wittels.