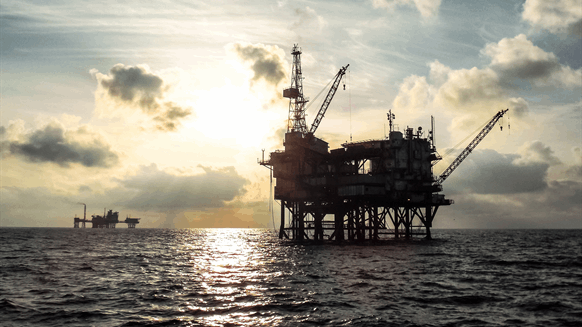 Shell is selling its stakes in a group of North Sea oil fields, according to marketing materials seen by Bloomberg News.

Shell Plc is selling its stakes in a group of North Sea oil fields, according to marketing materials seen by Bloomberg News.

The assets include minority stakes in two fields operated by BP Plc and an interest in a discovery field also operated by BP in the waters east of Scotland.

All the sites are connected to a central processing facility in what’s known as the Eastern Trough Area Project. Shell has a 25% stake in the producing Madoes field and a 21% stake in the Mirren field in the same area. Net production is estimated to be about 1,000 barrels a day.

The Kate field, in which Shell has a 25% stake, is estimated to contain 180 million barrels of oil.

Potential bidders will be able to access a data room on the projects in January, with offers due by the middle of April, according to the materials.