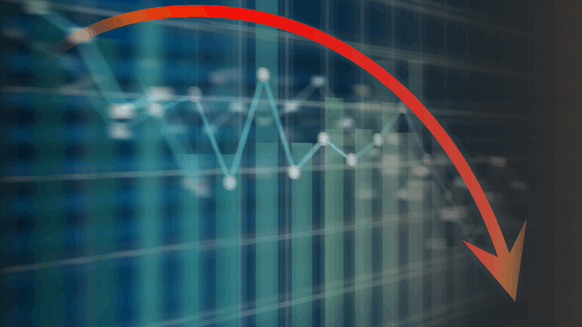 Royal Dutch Shell Plc got caught into the same earnings trap as many of its peers, reporting second-quarter earnings that fell well short of expectations.

(Bloomberg) -- Royal Dutch Shell Plc got caught into the same earnings trap as many of its peers, reporting second-quarter earnings that fell well short of expectations as the slowing global economy hit everything from natural gas to chemicals.

Profit in Shell’s integrated gas division was down by 25%, but earnings were lower across all of its businesses, including upstream oil and gas production, and refining and chemicals.

“We’ve seen some very severe macroeconomic headwinds -- probably most pronounced in our downstream business where we saw some weaker refining margins -- but especially a much weaker trading environment for petrochemicals,” Chief Executive Officer Ben Van Beurden said in a Bloomberg TV interview on Thursday. “In our upstream, we’ve seen headwinds particularly in North American gas.”

The Anglo-Dutch company is far more focused on natural gas than its peers, accounting for about a quarter of all the world’s traded liquefied natural gas volumes annually. While this division has helped generate record levels of cash at Shell in recent quarters, a global oversupply has caused prices to slump.

Shell is the last big oil company in Europe to report earnings this quarter, rounding out a generally weaker picture for the industry. Eni SpA, Total SA and Equinor ASA reported lower-than-expected profit due to falling energy prices, although BP Plc surpassed even the highest analyst estimate as its production jumped.

Shell’s adjusted net income was $3.46 billion, down 26% from a year earlier, well below even the lowest analyst estimate. That’s the biggest earnings miss since 2016, according to data compiled by Bloomberg, and comes after a quarter in which Shell comfortably exceeded expectations, underscoring the recent volatility in the company’s earnings.

“All in all, a pretty weak set of numbers across the board,” RBC analyst Biraj Borkhataria said in a note. “Given the strong share price performance recently, we would expect Shell to underperform the peer group in the near term.”

Despite the big profit miss, cash flow from operations -- a measure of financial performance closely watched by analysts -- was actually up 16% from a year earlier to $11.03 billion. The figure was buoyed by a positive $600 million working capital movement.

Total oil and gas output increased 4% to 3.58 million barrels of oil equivalent a day. In the quarter, Shell started up the massive Appomattox deepwater oil field in the Gulf of Mexico, a key project that’s been almost a decade in the making. It gave the go-ahead for the facility in 2015 after slashing costs following an oil price crash.

In June, Shell also started sending LNG cargoes from Prelude, a giant floating facility off Australia that took a decade to bring to life. Cash generated by the shipments wasn’t enough to offset a slump in LNG prices in the second quarter, which were about 40% lower than in the same period in 2018. The slide has continued, with the cost of the fuel in Asia falling to the lowest in a decade.

“What we are seeing this year is the confluence of both the startup of new LNG-producing facilities coming on the heels of a weak winter,” van Beurden said in an interview with Bloomberg TV.

While much of the attention may focus on the decline in integrated gas earnings, Shell’s upstream business also had a big miss, according to Bloomberg Intelligence analyst Will Hares. It earned $1.34 billion compared with a Bloomberg-compiled estimate of $1.8 billion.

To contact the reporter on this story:
Kelly Gilblom in London at kgilblom@bloomberg.net