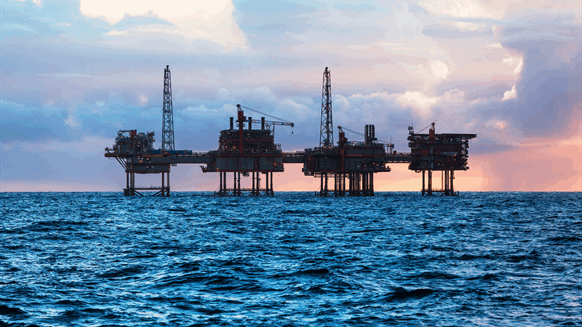 Royal Dutch Shell is planning to acquire an oil-block stake in a second deal in South Africa's relatively unexplored waters.

Shell has applied to take a stake in a license owned by OK Energy, located in deep waters off South Africa’s west coast, according to Petroleum Agency South Africa. “We have indeed received an application which is awaiting ministerial approval,” the regulator said in a reply to questions about the block.

The Anglo-Dutch major exited its Orange Basin permit two years ago, citing an enduring low-price environment. It also complained at the time of uncertainty over resource laws in South Africa. The country recently pledged to draft separate legislation for oil and gas.

Shell declined to comment. Should the deal for OK Energy’s license go through, it would add to the company’s acquisition of a 40 percent interest in deep-water blocks 5, 6 and 7 in the Atlantic off Cape Town from Anadarko Petroleum Corp.

In February, Total discovered an estimated 1 billion barrels of oil equivalent east of Anadarko’s blocks, where the oceans meet at the tip of the continent. South Africa’s first deep-water find was described as “catalytic” for the country by South African Oil & Gas Alliance, an industry lobby group.

Besides the block Shell is interested in, OK Energy, a small oil and gas company, also holds a 10 percent stake in another area with Equinor ASA off South Africa’s east coast.

To contact the editors responsible for this story:
James Herron at jherron9@bloomberg.net
Rakteem Katakey, Helen Robertson