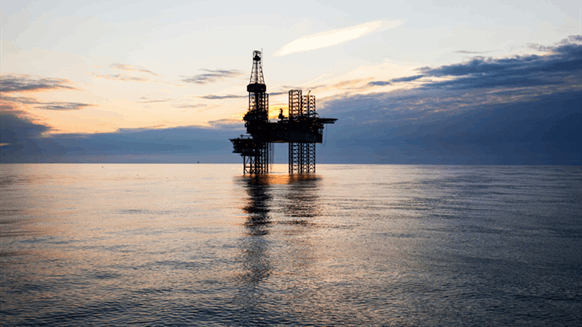 Royal Dutch Shell is pushing ahead on its massive deepwater drilling plan in Mexico.

(Bloomberg) -- Royal Dutch Shell Plc is pushing ahead on its massive deep-water drilling plan in Mexico, even as it doesn’t foresee production starting under the current government.

The global oil major plans to drill four wells this year, and a similar amount next year, said Alberto de La Fuente, Shell’s Mexico country chief. It’s part of a drilling campaign that will include 10 to 13 wells and cost from $800 million to $2.4 billion.

Shell has a major position in Mexico’s deep-waters at a time when access is hard to come by. Mexico’s new government under Andres Manuel Lopez Obrador, also known as AMLO, has promised to reverse the neoliberal policies of his predecessor and has canceled further auctions and joint-venture opportunities with state owned Petroleos Mexicanos.

“First oil, if we are successful, is unlikely to occur before the end of AMLO’s term, due to the complexity of deep-water fields, which can take anywhere from five years to a decade to start producing,” De La Fuente, who’s also president of AMEXHI, the national hydrocarbons association, said in an interview with Bloomberg.

Lopez Obrador, who came into office in December 2018, has said that oil companies must demonstrate significant commercial production before he will consider re-opening competitive auctions. Yet drillers say that this is a difficult feat, particularly in deep-waters, where the timeline is likely to extend beyond the government’s six-year term.

Shell won the rights to nine areas in much-lauded deep-water auctions after Mexico opened the energy industry to private investment in 2014 after almost eight decades in which Pemex held a monopoly. The chance to develop the largely unexplored territory, believed to mirror lucrative fields on the U.S. side of the Gulf of Mexico, lured the world’s top oil producers, including Exxon Mobil Corp, BP Plc and Total SA.

Chevron Corp. bought a 40% stake in three of Shell’s deep-water blocks in October.

“We have almost 20,000 square kilometers of acreage across all of our nine deep-water blocks in Mexico, which is one of Shell’s largest operated deep-water exploration positions globally,” De la Fuente said.

This month Shell was granted approval by the National Hydrocarbons Commission, or CNH, to drill its second ultra-deep-water exploratory well, Max-1. It has leased the La Muralla IV platform owned by Mexican company Grupo R SA.

“The contract will allow us to drill three deep-water wells with Grupo R, and it could be as many as eight, depending on how it evolves and what we find,” said De La Fuente. “Imagine having 2,000 square kilometers for the block we’re currently drilling, and you have to drill one well which is a few inches in diameter and make sure it’s successful.”