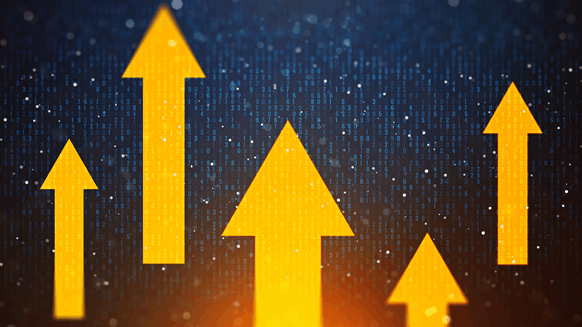 Shares of the company rose as much as 4.2 percent.

Shell Plc gained the most since July as it raised its dividend after posting its second-highest profit on record, even as some parts of its business showed signs of slowing.

The run of historically high earnings is boosting rewards for shareholders, while also keeping the oil industry in the cross-hairs of governments grappling with the high cost of energy. Still, profit came in slightly below estimates and a measure of the company’s debt levels rose unexpectedly.

Shell said it will buy back another $4 billion of shares over the next three months, bringing the total repurchases for the year to $18.5 billion. It plans to increase its dividend by 15% for the fourth quarter, subject to board approval.

Among the company’s peers that also reported earnings on Thursday, TotalEnergies SE announced another record profit, while Repsol SA said it will pay a higher dividend than previously announced.

“We are delivering robust results at a time of ongoing volatility in global energy markets,” Chief Executive Officer Ben van Beurden said in a statement on Thursday. “At the same time we are working closely with governments and customers to address their short and long-term energy needs.”

Shell’s adjusted net income was $9.45 billion in the third quarter, just below the the average analyst estimate of $9.69 billion, according to the statement. That’s down from the $11.47 billion record achieved in the second quarter, when oil prices were over $100 a barrel.

The biggest declines were seen in integrated gas and chemicals. Shell had already flagged that the contribution from gas trading would be lower, but the unit’s adjusted earnings fell 38% from the second quarter, twice as sharp as the decline for the company as a whole.

The business is run by Wael Sawan, who will become Shell CEO at the start of 2023 when Van Beurden steps down.

“Integrated gas performance was particularly poor this quarter,” RBC analyst Biraj Borkhataria said in a note. That was offset by strong results from the upstream division, and the surprisingly large dividend increase “is likely to be well received by investors,” he said.

In Shell’s chemicals and products division, which makes feedstocks for other industries and is seen as a bellwether for the wider economy, adjusted profit was down 62% from the second quarter. Plant utilization fell to 76% as the company adapted to lower margins, and could drop as low as 72% in the fourth quarter.

Gearing, the ratio of Shell’s net debt to equity, rose to 20.3%, lower than the level a year earlier but an increase from 19.3% in the second quarter.