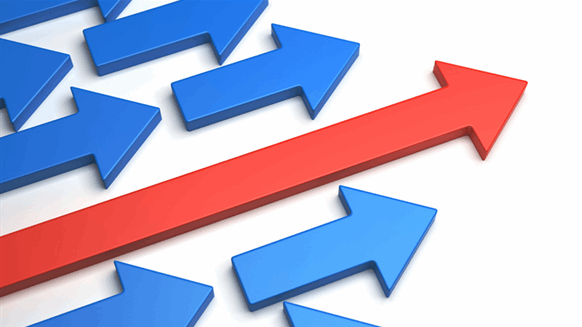 Shell gives a positive ending to a mixed Big Oil earnings season, which showed companies mostly recovering from a worst-in-a-generation downturn but unable to fully insulate themselves against volatile markets. While BP Plc, Chevron Corp. and Total SA mostly matched earnings estimates on a mixture of rising output and cost cuts, Exxon Mobil Corp. suffered a “shocker” due to its worst refining performance in nearly 20 years.

“Shell has made a strong start to 2019,” Chief Executive Officer Ben Van Beurden said in a statement on Thursday. “The consistent financial performance across all our businesses provides confidence in meeting our 2020 outlook.”

The Anglo-Dutch company said adjusted net income was $5.3 billion in the first quarter, well ahead of the average analyst estimate of $4.52 billion. That’s 2 percent down from a year earlier, reflecting weaker refining margins and lower crude prices.

Shell is far more focused on natural gas than its peers, accounting for about 25 percent of all the world’s traded liquefied natural gas volumes annually, and its earnings showed the benefit of that position. Profit of $2.57 billion from Integrated Gas was 24 percent higher than analysts’ estimates, the largest outperformance of any unit.

The gas segment benefited from a rise in oil prices late last year. Most of Shell’s LNG contracts are bilateral deals linked to the price of crude, with about a three-month lag, Chief Financial Officer Jessica Uhl said in a call with reporters. That dynamic may also affect earnings in the second quarter, which will reflect crude’s slump at the end of 2018.

But “there’s a mix of things so I wouldn’t want to overplay that,” she said.

Cash flow from operations, excluding working capital movements and the effect of accounting-rule changes, rose to $11.3 billion from $10.4 billion a year earlier. By 2020, Shell aims to deliver $25 billion to $30 billion of free cash flow annually, assuming an oil price of $60 a barrel.

“Overall, we see this as a strong set of numbers confirming Shell is getting closer to reaching its 2020 free cash flow targets,” RBC Capital Markets analyst Biraj Borkhataria said in a note.

Shell’s net cash position shrank by more than $5 billion as it paid dividends and bought back shares. The company’s gearing -- the ratio of net debt to total capital -- jumped to 26.5 percent from 20.3 percent at the end of 2018, although a large part of that increase was the result of changes to international accounting rules. Under the previous system, gearing would have been 21.9 percent at the end of the quarter.

Total oil and gas output decreased 2 percent to 3.752 million barrels of oil equivalent a day. In the quarter, Shell started up a production vessel offshore Brazil called Lula North and shipped some of its first cargoes of a light oil called condensate from the Prelude LNG project in Australia.

Shell replaced only half its reserves last year, prompting questions about whether the company will use acquisitions to bulk up its portfolio. In January, Van Beurden said the company’s portfolio in the prolific Permian shale basin was “a bit small,” leading to speculation about an acquisition there. Uhl clarified in the call Shell doesn’t “need” to do a deal and it has a strong portfolio.

Despite talks with Endeavor Energy Resources LP earlier this year, Shell so far hasn’t jumped into the region’s growing deals frenzy that has culminated recently in the fight between Chevron and Occidental Petroleum Corp. over Anadarko Petroleum Corp. Uhl also said the bidding war didn’t cause Shell concern about a joint-venture partnership it has with the Texas-based company in the Permian.