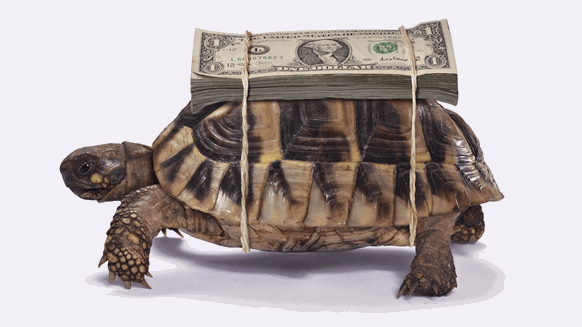 The dramatic ramp-up in U.S. shale production is running into a combination of issues that threaten to slow the pace of expansion.

(Bloomberg) -- The dramatic ramp-up in U.S. shale production is running into a combination of issues -- technical and financial -- that threaten to slow the pace of expansion, according to some of the industry’s biggest companies.

Schlumberger Ltd. and Halliburton Co., two of the largest providers of oil services, said Monday there will be a double-digit drop in spending from customers in the U.S. and Canada this year, a gloomier outlook than they had previously given.

American frackers are tightening their belts following a plunge in crude prices in late 2018 and as investors urge drillers to do more with less. An explosive surge in output from shale formations has pushed U.S. oil production past Russia and Saudi Arabia to become the world’s largest. There are warning signs that growth cannot continue indefinitely.

That’s leading one of those producers, Devon Energy Corp., to slash its workforce by about a third amid pressure on spending, Chief Executive Officer Dave Hager said Monday at the Scotia Howard Weil energy conference in New Orleans. The Oklahoma-based driller has already whittled down its headcount by 200 people this year, he said, and is planning to get its total down to 1,700, from about 2,500 now.

Too close, and the child wells can turn out to be less prolific than their parent. But too far apart, and drillers can end up leaving oil in the ground.

Stice said Diamondback hasn’t had to cut back its activity in response to those issues, like some of its peers who have had to widen spacing after production failed to live up to expectations.

“I think what you’re seeing is reserve reports coming out at the end of last year with a lot of negative performance revisions in there,” he said. “That’s really the first tell as an industry that you’ve overcapitalized your assets.”

It’s not just budget constraints or technological challenges that may slow growth. Concho Resources Inc. President Jack Harper said the industry will have to throw more money at the Permian Basin’s stretched schools and roads for the hot shale play to handle the level of activity expected over the next several years.

In another sign that the shale boom might be slowing down, explorers have reduced the number of oil rigs operating in the U.S. to the lowest in about a year, a report by Baker Hughes showed on Friday. There’s also a backlog of thousands of wells that have already been drilled but haven’t yet been fracked, the most costly part of the process of bringing a well into producing.

So far, U.S. oil output is holding at a record 12.1 million barrels a day after jumping about 30 percent in just two years. But shale wells have a short life span, with yields sometimes declining in just a few months. More have to be drilled and fracked frequently just to keep up the pace of production.