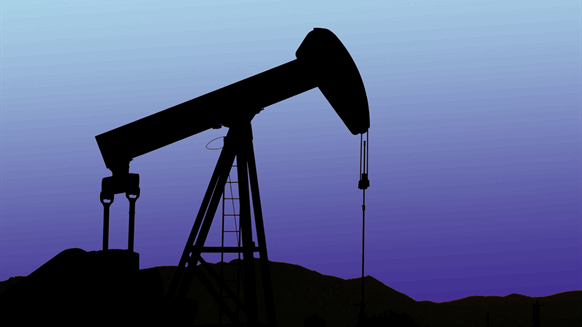 The rise of U.S. shale oil is choking off a historic gasoline trade, dealing a blow to European refineries that for decades have relied on American drivers to buy their excess supplies.

(Bloomberg) -- The rise of U.S. shale oil is choking off a historic gasoline trade, dealing a blow to European refineries that for decades have relied on American drivers to buy their excess supplies.

Over the past month, tankers shipping European gasoline to the world’s biggest consumer detoured to Venezuela and Caribbean islands. There’s even been a rare jump in shipments in the opposite direction. Imports from Europe fell to the lowest since November earlier this month and remain well below last year, according to customs data and ship-tracking.

A surge in U.S. shale oil production, which is rich in gasoline, is a major contributor to the diminished flows because refineries are running the hardest in more than 15 years. That’s led to a fundamental shift in the nation’s stockpiles of the road fuel, now at their highest seasonally since at least 1990, thereby depressing demand for resupply from Europe.

"Shale oil production is going through a dream phase and the U.S. is going to make more gasoline,” said Olivier Jakob, managing director at Petromatrix GmbH. The slump in cross-Atlantic flows is being caused by a combination of more shale oil refining and weak demand in the U.S., he said.

So far, Europe’s refiners have managed to send a little more to alternative markets like Latin America, West Africa, the Middle East, Asia and as far away as even Australia, although Jakob says those markets are oversupplied too.

Gasoline shipments and blending components to Asia from Europe jumped more than 80 percent to about 70,000 barrels a day this month from December, while exports to the Middle East are at their highest since October, according to preliminary data from oil analytics and tanker-tracking firm Vortexa.

And those markets are only going to become increasingly competitive, particularly with China exporting more last year -- and adding refining capacity in 2019 -- to add to regional supplies.

That’s bad news for Europe’s gasoline exporters, whose main market is becoming tougher. Average U.S. gasoline production surged by more than 800,000 barrels a day between 2014 and 2018, according to U.S. Energy Information Administration data.

All that is starting to affect flows. Vortexa observed at least two tankers hauling U.S. Gulf gasoline and/or components to the European trading hub of Amsterdam, Rotterdam and Antwerp in November and December. In October, U.S. shipments of finished gasoline to the Netherlands spiked, according to EIA figures.

“We would see good chances for volumes and economics on this route to stay somewhat depressed given the oversupplied Atlantic situation,” said Neil Crosby, lead downstream analyst at JBC Energy GmbH. “You know there is an unusual situation when the U.S. begins to send gasoline to European gasoline export hubs like ARA.”