by Bloomberg
|
Stephen Cunningham and Sheela Tobben
|
Tuesday, May 19, 2020 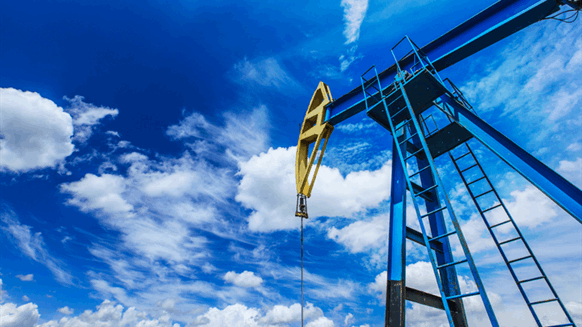 Oil production from the top seven shale regions in the U.S. is set to tumble to levels not seen since 2018.

(Bloomberg) -- Oil production from the top seven shale regions in the U.S. is set to tumble to levels not seen since 2018 as drillers scale back in response to the recent price collapse.

Losses will be led by the Permian Basin -- which straddles Texas and New Mexico -- where output is seen falling by 87,000 barrels a day in June to 4.29 million, according to the Energy Information Administration’s latest Drilling Productivity Report.

Overall production is seen falling by 197,000 barrels a day next month to 7.822 million barrels, which would be the lowest since late 2018. The expected decline would have been even more dramatic if not for a downward revision to May’s output estimate in the order of half a million barrels a day.

Casualties of the unprecedented oil downturn have included thousands of job losses as producers shut in wells with demand in freefall as a result of the pandemic. With oil prices on their way up as lockdowns are lifted and cities re-open, the worst of the slowdown may be over.

However, analysts at IHS Markit Ltd. expect output will continue to decline for the rest of the year and into 2021 as the market whittles down a huge supply glut.

“The Permian might rebound faster because of a better resource base,” said Kurt Barrow, vice president of oil markets, at IHS Markit. “There is still a risk of a resurgence in the virus that will prompt large-scale lockdowns that will reverse that growth.”

The number of drilled but uncompleted wells in the Permian rose by 28 to 3,464 in April, the report showed. That’s the highest since September and further evidence that producers will have a large backlog ready to tap once the recovery takes hold.

To contact the reporters on this story:
Stephen Cunningham in Washington at scunningha10@bloomberg.net;
Sheela Tobben in New York at vtobben@bloomberg.net

To contact the editors responsible for this story:
David Marino at dmarino4@bloomberg.net
Mike Jeffers, Reg Gale