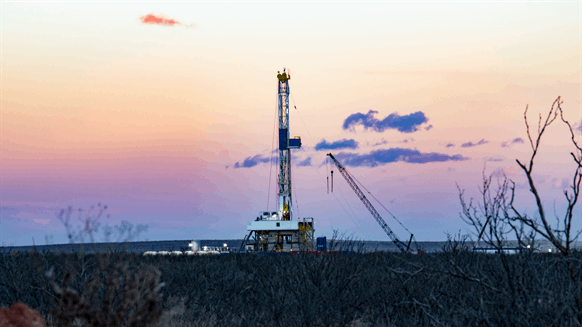 With benchmark US crude prices crossing the $70 a barrel threshold, the shale drillers who helped upend global markets now face a new challenge.

With benchmark U.S. crude prices crossing the $70 a barrel threshold on Monday, the shale drillers who helped upend global markets now face a new challenge: Do they stick with promises of fiscal discipline and avoid new production? Or is it time to turn on the taps and reap the benefits of the highest crude prices in more than three years?

U.S. oil traded at $70.37 a barrel at 6:55 a.m. in New York as traders braced for a re-imposition of U.S. sanctions on Middle East crude producer Iran.

In quarterly earnings reports over the last two weeks, producers have modestly upped forecasts for oil and gas output but also mostly kept drilling budgets flat, holding out hope they won’t completely undermine the rally. What do they do now? Here are three ways the industry could react:

Historically, shale drillers have ramped up output in response to the market, and there’s little reason to believe this time will be different. “It signals to drill. That’s for sure," said Ashley Petersen, lead oil analyst at Stratas Advisors in New York, in a phone interview. “It definitely signals to them, take advantage of prices while you can."

Companies are also adding on new hedging contracts, locking in payments for future barrels that will sustain production even if prices slide again.

For months, investors have urged exploration and production companies to rein in unprofitable spending. That pressure’s likely to remain, keeping a lid on any increases to drilling budgets, analysts at Houston investment bank Tudor Pickering Holt & Co. said in a note to clients recently.

“Expect little change to messaging or 2018 plans as operators continue to view the rally in crude as a boon to cash flow rather than an opportunity to accelerate growth," the bank advised. Instead, additional share buybacks and debt reduction are likely to be the top priorities, added RBC Capital Markets analyst Scott Hanold in another note.

The caution is made more likely by the logistical hurdles mounting in the Permian basin, the top U.S. shale play. Shortages of labor, equipment and pipeline capacity had crude from the West Texas region selling at a $12.50 a barrel discount this past week to oil received at the U.S. distribution hub in Cushing, Oklahoma.

That’s meant producers aren’t reaping the full benefit of $70 oil anyway, said Antoine Halff, former chief oil analyst for the International Energy Agency. Add in the increasing size and complexity of shale projects, which lengthen the time for oil to come to market, and “I wouldn’t necessary conclude that this will trigger a huge rebound in supply," said Halff, now a Columbia University scholar.

After years of watching fees shrink during the industry’s downturn, oilfield servicers -- the businesses that frack wells, truck in sand and do other contract work for the shale patch -- are likely to demand a bigger slice of the pie.

“Seventy dollars is a very strong signal of psychological recovery," said Petersen of Stratas Advisors. For service companies, “now is the time to start aggressively renegotiating pricing contracts that they had set when prices were a lot lower." Higher fees could cut into explorer profits, however, making it harder to keep those aforementioned investors happy.

Tim Albus  |  May 09, 2018
Hopefully the moronic hillbillies down south don’t flood the market AGAIN and sink our industry for another couple of years. I realize this might be the equivalent of trying to teach a dog to fly, but please Jethro, Cletus and Billybob, remember that you’re not the only producers in the world. If we all work together, we can all benefit. Or Y’ALL can yankee us into another damn over supplied market. Just a thought...