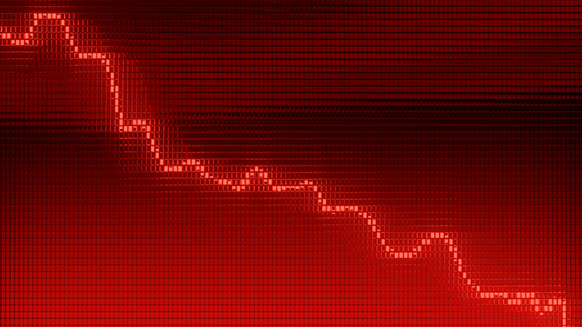 The Houston-based oil explorer agreed to buy closely held Primexx Energy Partners Ltd. for about $788 million in cash and stock, while separately agreeing to swap debt for equity with Callon’s largest shareholder, Kimmeridge Energy Management Co. Callon lost almost one-fifth of its market value as the stock posted its steepest daily loss in more than a year.

“The deal does come with increased gross debt near term,” JPMorgan Chase & Co. analysts including Arun Jayaram wrote Wednesday in a note to investors. With more than 9 million shares issued to Primexx owners and another 5.5 million deployed in the debt-for-equity swap, Callon investors are seeing a 31% dilution as well, according to the bank.

With record free cash flow expected this year thanks to oil’s rally and more austere spending, shale explorers are buying back shares, boosting dividends and seeking acquisitions. The Primexx deal is just the latest in a wave of consolidation hitting the Permian Basin. Earlier this year, Pioneer Natural Resources Co. bought closely held DoublePoint Energy LLC for more than $6 billion.

While investors want to see consolidation in the shale patch, they’ve favored all-stock deals that don’t come with hefty premiums.

Callon, which acquired Permian rival Carrizo Oil & Gas Inc. for about $736 million in stock almost two years ago, will get rights to drill on 35,000 net acres in Reeves County of West Texas and daily output equivalent to 18,000 barrels of crude, the company said Wednesday in a statement.

Callon plans to use a revolving debt facility to fund the $440 million cash portion and issue 9.2 million shares to Dallas-based Primexx, which is backed by Blackston Group Inc., according to Cowen.

“Callon is justifiably leveraging stock that’s appreciated more than 160% this year to help fund the purchase. Yet it’s paying a premium for Primexx’s production in the Delaware sub-basin compared with more recent deals.”

The deal was years in the making. Chief Executive Officer Joe Gatto said he talked to Primexx about buying the company for stock about three or four years ago, but couldn’t get a tie-up done at the time. Callon had considered other transactions as well that ultimately didn’t fit what the company was looking for, he said.

“We were both growing companies at that point and saw some benefits as we were establishing our position,” Gatto told analysts and investors during a conference call. “It was a matter of staying in touch over the years.”

Separately, Callon said it agreed to exchange $197 million of second-lien notes with Kimmeridge for $223 million in company stock. The exchange is contingent on closing the Primexx deal and shareholder approval for the debt swap.

Other large Permian deals may be in the offing. Royal Dutch Shell Plc is said to have attracted attention for its Permian assets from a trio of other large explorers, including Chevron Corp. and ConocoPhillips.

Any buyer of those assets would, like Callon, probably see a negative impact on its stock, Pioneer CEO Scott Sheffield said Wednesday in an interview on Bloomberg TV.

“The buy side wants consolidation,” he said, “but they don’t want you to do it.”