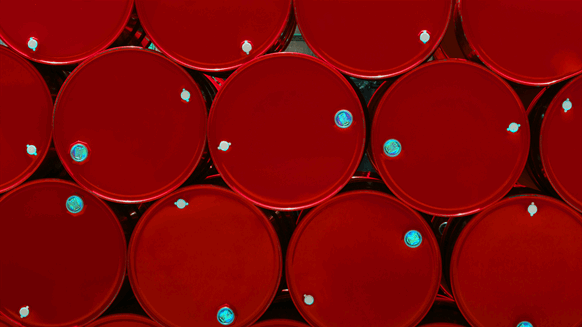 US shale drillers are engaged in a bitter test of wills as sinking oil prices force the weakest operators to retreat.

(Bloomberg) -- U.S. shale drillers are engaged in a bitter test of wills as sinking oil prices force the weakest operators to retreat just as OPEC urges the world’s biggest source of crude to help rescue a market roiled by the coronavirus pandemic.

With American production expected to decline this year for the first time since 2016, it’s becoming increasingly clear any reductions in domestic output will fall on the companies that can least afford it. The result is likely to be a sector increasingly dominated by international behemoths that have the ability to endure the downturn and ramp back up once prices recover.

“The pain is definitely going to be felt by smaller and medium players in second-tier acreage,” said Raoul LeBlanc, a Houston-based analyst at IHS Markit Ltd. “If you ramped it up in the last couple of years and you grew fast, you now have a hangover.”

U.S.-focused oil producers have slashed more than $27 billion from drilling budgets this year in an unprecedented contraction in the sector responsible for the lion’s share of global supply growth over the past decade. But for the largest companies, such as Exxon Mobil Corp., the rout is only prompting a slowdown in growth rather than outright reductions.

Exxon took an ax to its Permian Basin drilling budget on Tuesday, saying that the shale region would absorb the largest share of $10 billion in global cuts this year. Even so, production is expected to increase through the end of 2021.

Chevron Corp. also probably will boost output this year, despite a 20% reduction in its forecast.

Independent shale specialists like EOG Resources Inc., Pioneer Natural Resources Co. and Diamondback Energy Inc. are also pledging to keep production flat or slightly higher this year, despite cutting their budgets by at least a third. Marathon Oil Corp. announced a 46% spending cut on Wednesday without signaling whether output will be impacted.

Those drillers are protected by financial hedges designed to blunt the worst excesses of the price collapse, which saw some North American crudes trading for less than $10 a barrel last month.

The unwillingness of some of the marquee names in shale to curb output flies in the face of growing calls by Saudi Arabia and other major producers for a new era of supply restraint to arrest the freefall in prices. The Organization of Petroleum Exporting Countries and allies are scheduled to conduct an emergency session later this week.

Still, there’s a catch, according to Dane Gregoris, a director at RS Energy Group. “If you’re growing through 2019 and declining through 2020, you can still average the same year over year,” he said. “However, the momentum has completely reversed.”

The largest players represent only about 20% of overall U.S. shale production and so only provide a narrow snapshot of the overall market, according to IHS. There are more than 6,000 producers in the Permian Basin alone, many heavily-indebted private players whose business model was to lease exploration rights, drill a few wells and then flip whatever they struck to the highest bidder.

At the other end of the scale, Texland Petroleum LP, a small operator in business since 1973, expects all of its wells to be completely shut by May 1 as buyers cancel orders in response to dwindling demand.

The long-term implications could be vast. Shale wells are gushers for the first three months but after that, output plummets so that by the end of the first year it’s down about 60%. That’s 10 times the decline rate of conventional wells. As U.S. production has become more weighted toward shale, the country’s overall decline rate has accelerated, according to IHS.

In the 2014-2016 crash, the industry borrowed about $40 billion to survive, according to IHS. That’s not available now, LeBlanc said. “The low price translates almost immediately to taking off capital spending and letting massive decline rates start to set in.”

--With assistance from Stephen Cunningham, Rachel Adams-Heard and David Wethe.

To contact the editors responsible for this story:
Simon Casey at scasey4@bloomberg.net
Joe Carroll, Patrick McKiernan