Select US Drilling Rights Sell for $1.50 Per Acre 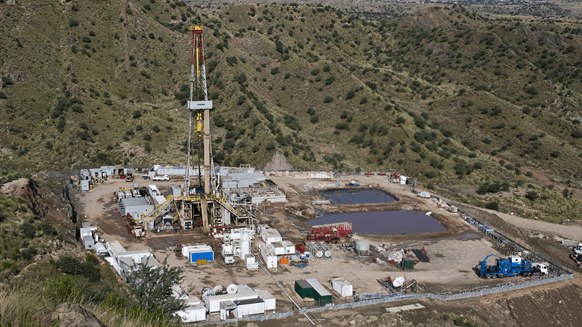 (Bloomberg) -- The Trump administration’s auction of drilling rights on roughly 300,000 acres in Nevada last September appeared to be a bust when it failed to attract any bids.

But within weeks, five oil developers quietly snapped up roughly 15% of the parcels, paying just $1.50 an acre in annual rent, compared to the average bid of $524 per acre paid during competitive auctions in the past three years.

Developers can do this because federal law allows them to anonymously nominate tracts for development, prompting the auctions, and then buy the unsold acreage at bargain-basement prices.

“This is government-sponsored gambling with public lands,” said Kate Kelly, director for public lands at the Center for American Progress, a liberal think tank. “Taxpayers are underwriting a program where the only clear beneficiary is oil and gas companies and speculators.”

The center analyzed government data and calculated that leases spanning more than 2.9 million acres of U.S. lands have been purchased through this non-competitive process since 2009. The practice has surged as President Donald Trump has touted American “energy dominance” and made more territory available for drilling.

Buyers include well-known energy companies such as Freeport McMoran Oil & Gas LLC and Noble Energy Inc., as well as individual developers betting that they can resell the drilling rights at a profit. Representatives of Noble and Freeport McMoran did not respond to emails seeking comment.

From 2017 to 2018, the number of acres sold non-competitively more than doubled, from roughly 141,000 to nearly 379,000. And under Trump, the Interior Department last year issued more leases non-competitively than any other year during the previous decade.

Oil companies, speculators and other buyers saved at least $1 million since January 2017 by waiting until after auctions to snap up the non-competitive leases, avoiding minimum bids but still paying a flat administrative fee. Had the leases been sold competitively for the average auction price under Trump, the government might have taken in $272.5 million more in bids for the tracts.

The recent uptick partly reflects the Trump administration’s move to offer more land for oil leasing, since unsold parcels become available for speculators the day after they are offered at auction. Under Trump, the Interior Department brought in a record $1.1 billion in bids from 28 oil and gas leases sales during fiscal 2018.

Representatives of the Interior Department and Bureau of Land Management had no immediate comment on the research.

When developers lease federal land for potential oil and gas development, that discourages using the same territory for “higher or better purposes,” such as outdoor recreation, conservation, hunting and grazing, Kelly said.

The government typically sells leases that give the owners 10 years of access to underground minerals, though developers can seek extensions.

But many of the leases sold through the Interior Department’s non-competitive process never get that far. The Congressional Budget Office said in 2016 that just 3% of non-competitive leases issued from 1996 to 2003 were developed by the end of their 10-year term.

According to the Center for American Progress’ analysis, the government terminated some 1.6 million acres worth of non-competitive leases since January 2009 -- more than half of what had been issued. And in Nevada, every lease terminated during the past decade ended early for the same reason: the owners stopped paying rent.

To contact the editors responsible for this story: Jon Morgan at jmorgan97@bloomberg.net Elizabeth Wasserman