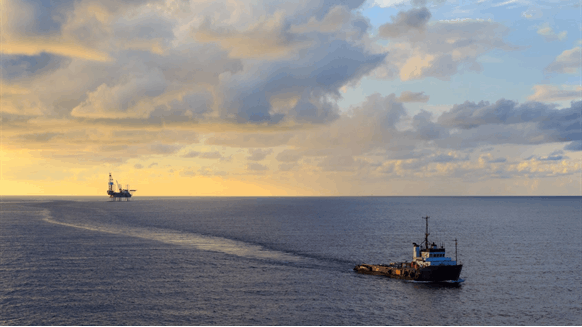 (Bloomberg) -- On the darkened bridge of the Chesapeake Trader, with radio chatter filling the air, three officers were easing the giant freighter into San Francisco Bay when an unexpected vessel suddenly appeared on the starboard side. They scrambled to avoid catastrophe.

The computerized simulation -- conducted in a landlocked office park outside Baltimore -- is part of a two-week course offered by the International Order of Masters, Mates & Pilots. The union facility was once packed with students working their way up the ranks, but attendance has plunged as the number of U.S.-flagged, oceangoing freighters has fallen from nearly 3,000 in 1960 to fewer than 170 today.

The decline has occurred despite the Jones Act, a law that requires goods moving between U.S. ports and territories to be carried on American-built vessels crewed by American officers and deckhands. That's energized opponents of the nearly 100-year-old law, who say the protectionist measure hasn't saved the fleet and should be curtailed or eliminated once and for all.

"The Jones Act is pretty much the only reason I have a job," said Brett Cowan, a mariner from California attending training at the facility who has been working on boats since he was 13. Changing the act, he said, "would put a lot of us out of work."

The latest attack on the Jones Act follows President Donald Trump's decision to temporarily waive it after Hurricane Harvey disrupted refinery operations in Houston, and again to help aid reach Puerto Rico in the wake of Hurricane Maria.

Senator John McCain, a long-time opponent of the law, took the opportunity to introduce fast-track legislation to permanently exempt Puerto Rico from the law -- something that would eliminate a major shipping route from the act's protection.

"For years, I have fought to fully repeal the Jones Act, which has long outlived its purpose to the benefit of special interests," McCain, an Arizona Republican and former Navy officer. He said in a statement that it's "an antiquated, protectionist law that has driven up costs and crippled Puerto Rico's economy."

The legislation could be included in a vote on an aid package for the island to be voted on this week, according to C. James Patti, president of the Maritime Institute for Research and Industrial Development, a trade association that representsÂ companies with U.S. flagged ships in their negotiations with the pilots' union.

"We didn't like to see the waiver," Patti said. "But on the other hand, the industry accepted it. If it enabled some people to focus on other things, then it did some good."

But opponents of the law are mustering their cases.

"Protectionism, over and over, has proven not to be in the long-term interests of the protected industry," said Scott Lincicome, an adjunct scholar at the free-market focused Cato Institute. "One hundred years of the Jones Act is clearly not working when it comes to maintaining the fleet."

Lincicome and Thomas Grennes have separately undertaken in-depth analyses of the law, and they contend that the act has made goods and services more expensive in Alaska, Hawaii and Puerto Rico.

More properly known as the Merchant Marine Act of 1920, the law takes its name from it's sponsor, Wesley Jones, a senator from Washington state. It unites an array of Democrats and Republicans, many of them with ports and shipyards in their districts.

Proponents say it provides a jobs base for American workers who can come to the country's aid in time of war.

JOHN GALT  |  October 11, 2017
THE JONES ACT HELPS INSURE THAT WE WILL HAVE AN AMERICAN MERCHANT MARINE, SO NECESSARY IN TIME OF WAR. WHY NOT ALSO ALLOW FOREIGNERS TO REPLACE OUR POLICE, FIRE FIGHTERS, AND SENATORS? WHY STOP AT JUST THE MERCHANT MARINE IF YOU WANT TO FINNISH RUINING AMERICA.
Robinson Lloyd  |  October 11, 2017
The Jones Act falls into a body of law known as "Cabotage". The Cabotage laws go back to the foundation of the Republic. Most countries have some form of Cabotage law. Nothing is out of sorts with the Jones Act - it is how normal Nations conduct their affairs.
Toby Martin  |  October 11, 2017
Ok, well lets let foreigners come in and be our firefighters, police, and am ulance services also. Lets get rid of ALL PROTECTIONISM FOR ALL AMERICANS
Bill Strouse  |  October 10, 2017
While legislation like the Jones Act should have had time limits, because activities and circumstances impacted by it change over time. Senator McCain has historically represented all that does not represent the "people", but rather he represents the "special interests". Suggest moving with extreme caution.
K J Saxon  |  October 10, 2017
Hold on to it as long as you can or you will go the way of the British Merchant Fleet. Flags of convenience have forced conditions and wages lower as they exploit their own workforce’s.
Jim Houlihan  |  October 10, 2017
The Jones Act is typical and symptomatic of the archaic protectionist attitudes that pervade the US of A today, and will eventually lead to a massive transfer of wealth, and a shift in the world's political centre of gravity to the east over the coming decades.