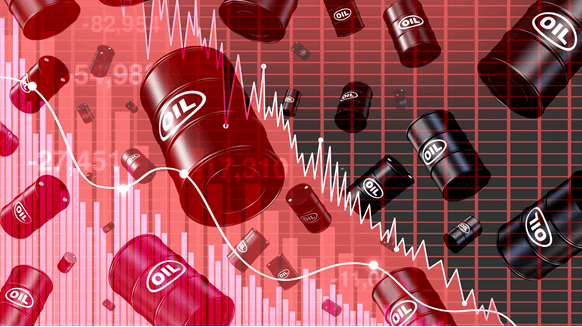 The cuts come days after US President Donald Trump spoke on the phone with King Salman.

(Bloomberg) -- Saudi Arabia announced a surprise move to slash oil output to the lowest in 18 years as it tries to spur the recovery from an energy crisis that has devastated the kingdom’s finances.

Just hours after unveiling a slew of dramatic austerity measures, Saudi Arabia said it would cut oil output by another 1 million barrels a day on top of what it already agreed with OPEC allies. Oil futures rose, and Kuwait and the United Arab Emirates followed up with extra cuts of their own.

“We have to be ahead of the curve,” Saudi Oil Minister Prince Abdulaziz bin Salman told Bloomberg News in a phone interview on Monday. “The voluntary cuts will further expedite the re-balancing process.”

It’s a sign of the urgency in Riyadh to stabilize the oil market as rock-bottom prices force the kingdom to impose deep spending cuts and triple value-added tax. And it marks the latest step in Saudi Arabia’s retreat from the price war it started in March when it moved to flood the market with cheap crude after talks with OPEC+ allies broke down.

The cuts come days after U.S. President Donald Trump spoke on the phone with King Salman. The White House said that both leaders had agreed “on the importance of stability in global energy markets.”

Trump has repeatedly put pressure on Saudi Arabia, Russia and other OPEC+ countries to cut output in an effort to save the American oil industry. For some the cuts come too late: a large number of oil tankers dispatched weeks ago with Saudi crude are about to hit America’s shores, exacerbating the glut.

Riyadh aims to pump just under 7.5 million barrels a day in June, compared with an official target under the most recent OPEC+ agreement of just under 8.5 million a day. If Saudi Arabia makes good on its pledge, its production will drop to the lowest since mid-2002, according to data compiled by Bloomberg.

The cut is particularly symbolic as it brings Saudi production below 8 million barrels a day, long seen by many consultants and traders as a line that wouldn’t be crossed because of the impact it has on oil revenue.

But as the oil crash forces austerity measures worth about $27 billion, the kingdom’s options are running out.

From the highs of the price-war output levels, when Riyadh was producing 12.3 million barrels a day, Saudi Arabia has now reduced production by about 4.8 million barrels.

Prince Abdulaziz said that he was observing some signs of increased oil demand, particularly for gasoline, as citizens emerging from lockdowns opted to drive alone in their cars, rather than ride the subway or trains.

“People feel better to use their cars than public transportation,” he said.

On top of targeting much lower output in June, Riyadh also asked state-owned oil producer Saudi Aramco to reduce production in May “in consent with its customers.”

Under the most recent OPEC+ deal, Saudi Arabia was targeting production of 8.5 million barrels a day for both May and June. While Aramco may be able to reduce production, any cuts are likely to be relatively small, as the state-owned oil company agrees on shipment levels with refineries weeks in advance.

Prince Abdulaziz, who said that the worst-case demand scenarios hadn’t materialized, encouraged other producers to join with their own voluntary cuts. “We are acting as an example to other producers without imposing,” he said. “We should be proactive; taking the lead.”

Kuwait and the United Arab Emirates followed up announcing cuts of 80,000 barrels a day and 100,000 respectively.

To contact the editors responsible for this story:
Will Kennedy at wkennedy3@bloomberg.net
Emma Ross-Thomas, Amanda Jordan