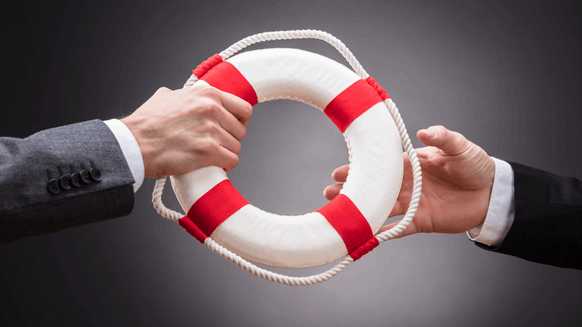 Saudi Arabia's energy minister has no quarrels with U.S. shale and even sees output cuts by OPEC and its allies as directly aiding American drillers.

(Bloomberg) -- Saudi Arabia’s energy minister has no quarrels with U.S. shale and even sees output cuts by OPEC and its allies as directly aiding American drillers.

“The action we have taken, quickly in December and that we’re seeing implemented as we speak, is a lifeline to U.S. shale producers,” Khalid Al-Falih said at a conference in Abu Dhabi.

The Organization of Petroleum Exporting Countries, led by Saudi Arabia, agreed to cut oil output this year to support prices. The group and its allies, known collectively as OPEC+, said they would start to trim 1.2 million barrels of daily production this month to stabilize the market. They already reduced output by 600,000 barrels a day in December, Al-Falih said last week.

Saudi Arabia’s challenge goes beyond balancing supply and demand. The kingdom must also contend with U.S. President Donald Trump’s insistence that OPEC keep oil flowing and prices low. Al-Falih’s messages have oscillated between assuring investors that the cuts are serious and taking credit for the higher prices that boost U.S. oil production.

Crude producers in the U.S. are pumping a record 11.7 million barrels a day, according to the Energy Information Administration. Shale explorers need almost $54 a barrel for their oil to eke out a profit because of rising costs for equipment, crews and raw materials needed to extract crude, according to JPMorgan Chase & Co. With oil prices rising, thanks in part to the Saudi-led cuts, that break-even level is in sight.

Oil fell on Monday as uncertainty persisted over how much OPEC output will need to be cut to counter rising U.S. shale supplies. West Texas Intermediate declined as much as 89 cents to $50.70 a barrel on the New York Mercantile Exchange, while Brent for March settlement fell 72 cents to $59.76 a barrel on the London-based ICE Futures Europe exchange at 8:40 a.m. local time.

Many operators in the U.S. shale patch “call me when they see the price band drop down and they see investors starting to turn away, and they say it’s time to do something,” Al-Falih said. “They want us to do all of the work and they want to take the benefit, but that’s, you know, that’s life.”

Prices are up more than 20 percent since hitting an almost two-year low in December. Although higher oil is a boon to U.S. shale producers, Al-Falih said he isn’t convinced that the frackers will “sustainably suppress the market.” Output in the U.S. helps tame prices and reduce volatility, which is one of the ultimate aims of the OPEC+ initiative, he said.

U.A.E. Energy Minister Suhail Al Mazrouei sees a risk that shale drillers may overproduce again, and any excess supply from shale deposits could take a long time to clear, he said at the conference. OPEC+ cuts of 1.2 million barrels a day are enough, Mazrouei said.

Even as it pumps less oil, Saudi Arabia is still investing to maintain capacity. The kingdom last week raised its estimate for crude reserves after its first independent audit in nearly four decades. The reserves assessment will be part of Saudi Arabian Oil Co.’s approach to international investors as the world’s biggest crude-exporting company prepares to sell a bond this year and offer its shares to the public in 2021.

Al-Falih and his fellow ministers have repeatedly affirmed the cohesiveness of OPEC+. He said on Sunday that current oil-output curbs are sufficient to remove a glut and that the coalition will stick together if further adjustments are needed.

“We’ve done enough and been decisive in our action, not only the kingdom but other countries,” he said. “Russia has started slower than I like, but they have already started, and I am sure -- as they did in 2017 -- will ultimately catch up and be a positive contributor to balancing the market.”

OPEC’s Secretary-General Mohammad Barkindo said Russia typically needs time to ramp up or reduce production because of its challenging geography and the large number of private companies operating its fields.

“We are confident that with a high level of conformity from all members, we will be able to balance the market for the year,” Barkindo said in Abu Dhabi.