Saudis Reluctant to Do Trump's Bidding 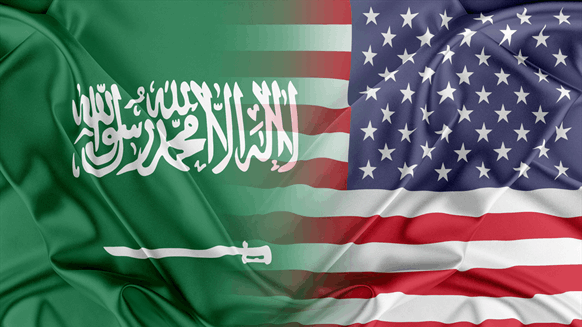 Four months ago, Saudi Arabia's devotion to its decades-old oil partnership with the U.S. was stronger than ever.

(Bloomberg) -- Four months ago, Saudi Arabia’s devotion to its decades-old oil partnership with the U.S. was stronger than ever.

President Donald Trump was poised to choke off crude exports from the kingdom’s political nemesis, Iran. And the Saudis, shunned by other nations after the murder of journalist Jamal Khashoggi, were readily obliging the White House with record supplies.

But the Trump administration stunned Riyadh by softening its crackdown on Iran at the last minute, allowing many customers to continue buying and triggering a crash in oil prices. Since then, the Saudis’ trust in their main political ally has frayed.

When the kingdom meets with allied oil producers in the Azeri capital of Baku this weekend, that sense of betrayal may loom large in its decision-making.

“The way that the Saudis were misled by the U.S. president concerning Iran sanctions is something that they can still taste,” said Ed Morse, head of commodities research at Citigroup Inc. in New York.

Although Trump has once again called on the Organization of Petroleum Exporting Countries to moderate prices, the group’s biggest member is doubling down on a strategy to support them, at least for now. Crude climbed to a four-month high above $58 a barrel in New York on Wednesday as U.S. inventories shrank.

A 24-nation coalition known as OPEC+, made up of members of the cartel and former competitors such as Russia, has entered its third year of curbing supply in order to defend crude prices. While they’ve helped engineer a 25 percent recovery in Brent this year, current prices of about $67 a barrel remain well below the levels that most of the producers need to cover government spending.

Saudi Arabia requires an average oil price of $80 a barrel to fund plans for increased spending this year, according to Bloomberg calculations based on its 2019 budget. The kingdom’s financial pressures are growing as Crown Prince Mohammed bin Salman pursues a radical overhaul to diversify the economy away from oil, while waging a proxy war in Yemen and dealing with the fallout from the Khashoggi killing.

That aim is driving the Saudis to stick with their strategy, despite the threat of potential antitrust legislation known as NOPEC, which gained momentum in the U.S. Congress after Khashoggi’s death in Istanbul in October.

When Trump tweeted on Feb. 25 that OPEC should “relax” its stance on tightening supplies, he was gently rebuffed by Saudi Arabian Energy Minister Khalid Al-Falih, who said he favors maintaining output curbs in the second half of the year.

Al-Falih’s defiant tone has been backed up by the kingdom’s recent actions.

Saudi Arabia has cut production by even more than it pledged in the OPEC+ accord, and will continue to do so next month, a Saudi official familiar with the policy said this week. Its crude shipments to the U.S. fell in February to the lowest since at least 2010, according to the Energy Information Administration.

It’s a marked contrast with last autumn. Back then, the Saudis bowed to intense pressure from Trump as his administration’s promises to squeeze Iranian supply to “zero” propelled crude prices to a four-year high above $86 a barrel.

To avert a shortage, and assist Trump’s diplomatic campaign against Tehran, the kingdom raised production, eventually reaching record levels above 11 million barrels a day. But in early November the president chose to let a number of Iran’s customers keep buying, and the ensuing oil oversupply sent prices slumping by 35 percent in the fourth quarter of last year.