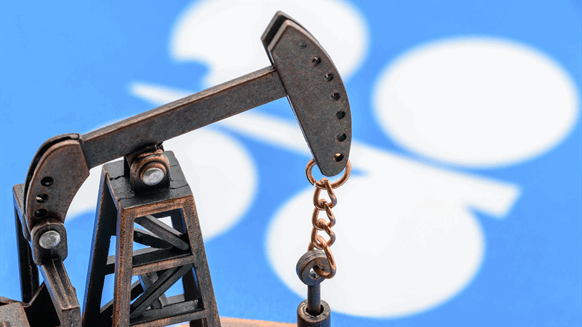 Saudi Arabia denied a report that it is discussing an oil-production increase for the OPEC+ meeting next month.

Saudi Arabia denied a report that it is discussing an oil-production increase for the OPEC+ meeting next month, and said it stands ready to make further cuts if needed.

“The current cut of 2 million barrels per day by OPEC+ continues until the end of 2023,” Saudi Energy Minister Prince Abdulaziz bin Salman said in a statement via the Saudi Press Agency. “If there is a need to take further measures by reducing production to balance supply and demand, we always remain ready to intervene.”

Oil futures earlier dropped as much as 6.1%, dipping below $85 a barrel for the first time since September, after the Wall Street Journal reported that the kingdom and other members of the group were considering raising output by as much as 500,000 barrels a day.

That would have been a major reversal after the Organization of Petroleum Exporting Countries and its allies decided in October to cut production by 2 million barrels a day. US President Joe Biden has slammed the move, saying it endangers the global economy and aids fellow OPEC+ member Russia in its war in Ukraine.

After an initial rally following the cuts agreement, crude prices have declined as the economic outlook deteriorates and China continues to grapple with Covid-19 outbreaks. OPEC twice reduced its forecasts for global oil demand, and Prince Abdulaziz has said the group will remain cautious due to “uncertainties” about the health of the global economy.

Saudi Arabia has already cut oil exports sharply this month to deliver on the OPEC+ agreement, according to data from energy analytics firm Kpler Ltd. The cartel’s next meeting is scheduled for Dec. 4.