Saudi-Russia Truce Would Be Too Late to Save OPEC+ Legacy 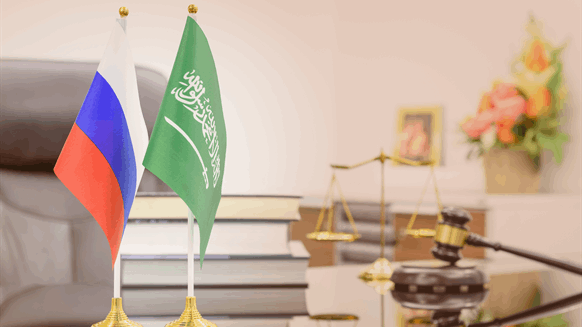 Goldman Sachs Group Inc. estimates that inventories will balloon next month at a rate of 20 million barrels a day.

(Bloomberg) -- Even if Riyadh and Moscow ended their fight for oil-market share now, everything they achieved together over three years of OPEC+ would still go up in smoke.

The U.S. has used the build-up to Thursday’s emergency teleconference between leaders of Group of 20 nations to urge a rapprochement between Saudi Arabia, which is chairing the event, and Russia.

Even if President Donald Trump could resolve the conflict between the two exporters -- and Moscow is giving reasons to think he can’t -- the kingdom has already committed to flood the market with crude next month. While a truce could help temper any further price slump, it would be too late to rescue the legacy of the partners-turned-rivals, who until this month had cooperated to keep world oil markets in equilibrium.

Back in 2016, when the Saudis and Russia spearheaded a global alliance of producers known as OPEC+, they were motivated by the desire to clear an oil surplus of 300 million barrels in the industrialized world, which was keeping prices low.

Now, as the kingdom ramps up output to unprecedented levels of more than 12 million barrels a day, and demand collapses around the world because of the coronavirus, Goldman Sachs Group Inc. estimates that inventories will balloon next month at a rate of 20 million barrels a day.

Assuming the world’s storage tanks are capable of absorbing such an overwhelming glut, that would reverse everything OPEC+ had achieved in years of sacrifices over the course of a single month.