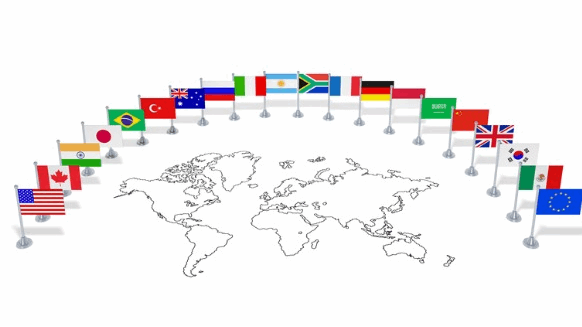 Attention now turns to the Group of 20 energy ministers meeting on Friday.

(Bloomberg) -- Saudi Arabia and Russia agreed to record oil production cuts in an effort to revive the market from a debilitating coronavirus-induced slump.

Attention now turns to the Group of 20 energy ministers meeting on Friday. Contribution from major producers including the U.S. and Canada could boost efforts to revive prices after the OPEC+ historic agreement failed to push crude higher on Thursday.

Oil’s spectacular price crash this year has threatened the stability of oil-dependent nations, forced major companies such as Exxon Mobil Corp. to rein in spending and risked the very existence of small independents. OPEC and its allies have been put under intense pressure by President Donald Trump and American lawmakers, who fear thousands of job losses in the U.S. shale patch.

OPEC+, meeting by video conference, tentatively agreed to cut production by about 10 million barrels a day in May and June, delegates said. Saudi Arabia and Russia, the biggest producers in the group, will each take output down to about 8.5 million a day, with all members agreeing to cut supply by 23%, one delegate said.

The alliance is seeking reductions of as much as 5 million a day from the G-20, but will reduce output even if the bigger group doesn’t join in, delegates said.

“Both Saudi and Russia were going to have to cut anyway, and these cuts allow them to win political points too,” said Amrita Sen, chief oil analyst at consultant Energy Aspects Ltd.

While the headline cut equates to a reduction of about 10% of global supply, it makes up just a fraction of the demand loss, which some traders estimate at as much as 35 million barrels a day.

Brent dropped 2.5% at $32.01 a barrel as of 8:10 p.m. in London. Prices have tumbled by half this year as the spread of the coronavirus coincided with a bitter price war that saw producers flood the market.

“Covid-19 is an unseen beast that seems to be impacting everything in its path,” Mohammad Barkindo, secretary-general of the Organization of Petroleum Exporting Countries, said in a speech at the online gathering. “The supply and demand fundamentals are horrifying” and the expected oversupply, particularly in the second quarter, is “beyond anything we have seen before.”

Barkindo urged action to tackle the growing surplus, which he estimated at 14.7 million barrels a day in the second quarter. And he wants action not only from OPEC+ producers but from nations beyond the alliance.

Russia has insisted that the U.S. in particular do more than just let market forces reduce its record production. Trump, meanwhile, has said America’s cut will happen “automatically” as low prices put shale in dire straits, a sentiment reiterated by his energy secretary on Thursday.

America welcomed the OPEC+ cuts, saying it would send a signal that all major oil-producing countries will respond in an orderly manner to market realities caused by the virus, a senior administration official said.

OPEC+’s tentative plan would see the output curbs tapering off after two months, depending on the evolution of the coronavirus. The 10 million-barrel-a-day cut may shrink to 8 million a day from July and then 6 million a day from January 2021, according to one delegate.

Saudi Arabia will apply its reduction to a production level of about 11 million barrels a day, a delegate said. That’s lower than recent output levels, which rose above 12 million a day in early April. Russia would curb its supply by a similar level.

The oil price war, which started in March after the collapse of previous OPEC+ talks, lasted exactly 31 days, far fewer than similar feuds in 1986, 1998 and 2016. But in that short period, it has forced companies from Big Oil giants to U.S. shale independents to slash spending, fire workers and cancel projects. Meanwhile, oil-rich countries have gone cap-in-hand to the International Monetary Fund and the World Bank for help, hobbled by low prices.

The curbs agreed on Thursday dwarf any previous market interventions, and are urgently needed to boost the physical market for crude -- trade in actual cargoes rather than futures contracts -- but they won’t match losses from the deep slump in consumption.

“For oil markets, the massive oil-demand contraction is unprecedented,” OPEC said in an internal document circulated to ministers and seen by Bloomberg. “The current outlook looks extremely bleak, with oil markets anticipated to be severely tested on many fronts.”

--With assistance from Natalia Kniazhevich, Golnar Motevalli and Dina Khrennikova.

To contact the editors responsible for this story:
James Herron at jherron9@bloomberg.net
Rakteem Katakey, Fred Pals

Kurt Anderson  |  April 10, 2020
Call it a perfect storm, but the combination of Covid and previous surplus caused this total collapse when the price war started. It is a fool's errand to worry about market share now, with the world at a standstill. When the world is on fire it is hard to sell heat at any price.