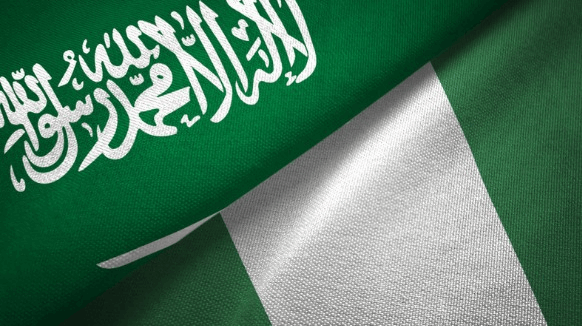 It's unusual for Saudi Arabia's Crown Prince, who is effectively the kingdom’s ruler, to call other leaders about OPEC matters.

Saudi Crown Prince Mohammed bin Salman and Nigerian President Muhammadu Buhari discussed “ways of cooperation to enhance the stability” of the market during a phone call on Monday, the state-run Saudi Press Agency reported. It’s unusual for the prince, who is effectively the kingdom’s ruler, to call other leaders about OPEC matters.

The Organization of Petroleum Exporting Countries and its partners have pledged to curb oil output by 9.7 million barrels a day -- roughly 10% of global supply -- to offset the demand losses inflicted by the coronavirus crisis. Yet some members of the coalition, most notably Iraq and Nigeria, have been rebuked for failing to implement their share of the reduction.

Last week the African exporter promised additional curbs to make up for its initial non-compliance. Some of these were already made in early June and the remainder will be fully executed by mid-July, Mele Kyari, group managing director at state-run Nigerian National Petroleum Corp., said on June 12.

Yet the country’s latest cargo-loading schedules suggest the compensation cuts may not be forthcoming.

Nigeria should pump about 1.37 million barrels of crude oil a day next month in order to meet its OPEC quota and compensate for past under-compliance. But exports alone amount to 1.38 million in July, the loading programs show, even if about 15% of the total is considered as condensate, which is exempt from quotas. Shipments are scheduled to rise again in August, despite further compensation cuts due that month.

The country’s Ministry of Petroleum Resources didn’t immediately respond to a request for comment on Tuesday.

Nigeria has regularly strayed from its commitments to OPEC+ over the past few years, as it seeks to prop up a weak economy and provide revenues for Africa’s largest population. It contends that some grades are a type of light oil known as condensate, rather than crude, and thus aren’t subject to OPEC targets.

Overall implementation of the OPEC+ accord has been robust, standing at 87% last month, and crude prices have strengthened in consequence. Brent futures traded near $41 a barrel in London on Tuesday, having more than doubled since late April as a result of OPEC’s intervention and a revival in demand.

--With assistance from Julian Lee and Javier Blas.

To contact the reporters on this story:
Grant Smith in London at gsmith52@bloomberg.net;
Zaid Sabah in Washington at zalhamid@bloomberg.net

To contact the editors responsible for this story:
James Herron at jherron9@bloomberg.net
Amanda Jordan, Paul Wallace