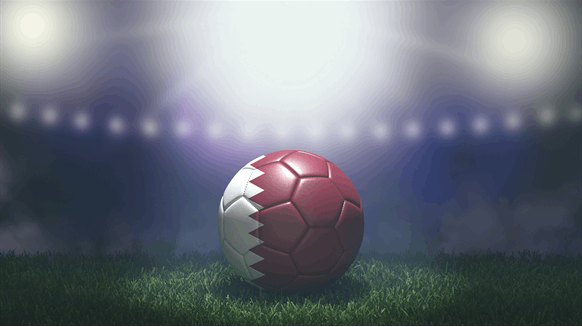 Prince Mohammed had been due to spend the weekend in Japan, one of the kingdom's biggest oil buyers.

Media reports have said Saudi Arabia is considering a bid to host the 2030 World Cup, and London’s Times newspaper said in September the kingdom would potentially make a joint bid with Egypt and Greece. Saudi Arabia has not commented on the reports.

The crown prince was shown in video footage watching the ceremony in the front row and deep in conversation with Infantino, who was also flanked by Qatar’s emir.

Prince Mohammed had been due to spend the weekend in Japan -- one of the kingdom’s biggest oil buyers -- in what would have been his first visit to the Asian country in three years, but canceled the trip on Friday.

The world’s largest oil exporter has been able to project political and economic clout in the region and beyond this year. In sports, Saudi Arabia said in October it had won a bid to host the 2029 Asian Winter Games at a planned mountain resort called Trojena.

The crown prince’s visit to Qatar is the latest sign of strengthening ties between the two countries. Saudi Arabia, the United Arab Emirates and Bahrain were among Middle East countries that cut travel and trade ties with Qatar in 2017, accusing the gas-rich state of supporting terrorism. Qatar denied the accusation and the spat ended in January 2021.