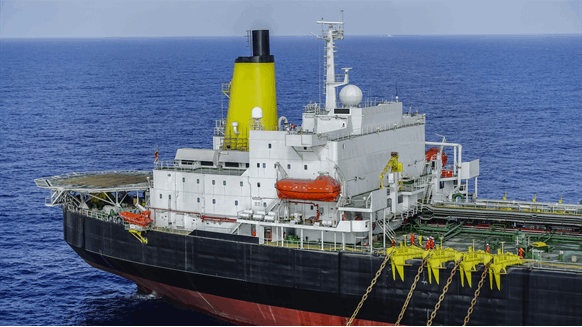 Historic production cuts have done little to squelch the kingdom's flood of oil to China.

(Bloomberg) -- An early look at Saudi Arabia’s crude exports for May shows that historic production cuts have done little to squelch the kingdom’s flood of oil to China, which is just getting back on its feet from the coronavirus.

Saudi flows to the Asian nation were about 2.1 million barrels a day through May 28 -- a figure that may rise in the coming days -- tanker-tracking and fixture data show. That compares with 2.3 million in April, which was the highest since the start of 2017, when Bloomberg began tracking shipments. It’s also just the third time during that period when average daily exports to China breached the 2 million mark.

By contrast, overall Saudi crude shipments dropped to about 6.6 million barrels a day this month after reaching 9.3 million in April, also the highest in at least three years. Last month’s volumes were an anomaly, the result of a price war, and May’s exports are much closer to the average in recent years.

Still, the data show a nation straddling two eras as the coronavirus turns the oil market on its head. Saudi Arabia is leading an unprecedented international effort to slash global output by more than 10% to help remove a glut, caused by the pandemic crushing oil demand. Before it agreed to those curbs, however, the kingdom slashed selling prices to the lowest in decades. The effects of this grab for market share are still rippling through the market as China recovers.

Also of note in May, Saudi shipments to the U.S. and India both slumped. Last month, the kingdom sent almost 1.3 million barrels a day to the U.S., a glut that threatened to disrupt the American market. Flows to the U.S. this month have dropped to about 570,000 barrels a day, though the figure could rise as several vessels still haven’t signaled final destinations.

Saudi crude exports to India, its closest major market, plunged by almost 50% to 560,000 barrels a day in May. Last month, Saudi shipments surged as the kingdom edged out other exporters to the South Asian nation, notably Iraq.

Next month, the export picture could show another decline in overall flows. State oil producer Saudi Aramco has already indicated it will trim shipments to Asia while aggressively cutting those to the U.S. and Europe. And Saudi Arabia and Russia, the leaders of the OPEC+ effort to curb output, earlier this week pledged further coordination. The Organization of Petroleum Exporting Countries and its allies are set to hold online meetings June 9-10 to discuss the future of their pact.

To contact the reporter on this story:
Brian Wingfield in London at bwingfield3@bloomberg.net

To contact the editors responsible for this story:
Alaric Nightingale at anightingal1@bloomberg.net
John Deane, Brian Wingfield