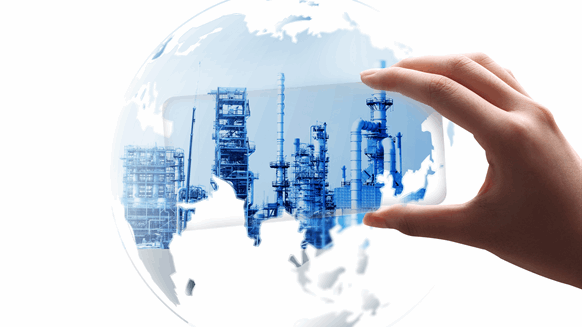 Tensions have spiked in the Gulf since the U.S. tightened sanctions on Iran's oil exports in early May.

(Bloomberg) -- Saudi King Salman Bin Abdulaziz accused Iran of threatening global oil supplies and shipping at a meeting of Arab leaders that called on the international community to confront Tehran following attacks on shipping and rising tensions in the oil rich region.

Leaders of Gulf and Arab states held two emergency summits in Mecca on Thursday to present a united front to Iran. At the end of the meetings, Arab League chief Ahmed Aboul Gheit said it was too early to talk of war with Tehran.

"What the Iranian regime is doing, from intervening in regional countries’ affairs and developing its nuclear program, threatening global maritime traffic and global oil supplies, is a blatant violation of the treaties and principles of the United Nations," King Salman said in a speech at the Gulf leaders summit.

Hours later he told Arab leaders at their meeting that the international community should "use all means to deter this regime."

Saudi Arabia called the emergency summits following attacks on oil installations in the kingdom and tankers heading toward the Strait of Hormuz, a key choke-point for international shipping. The U.S. has blamed Iran for the attacks on the vessels and dispatched additional forces to the region.

Tensions have spiked in the Gulf since the U.S. tightened sanctions on Iran’s oil exports in early May, prompting an Iranian threat to walk away from the landmark 2015 nuclear deal the Trump administration abandoned a year ago.

Donald Trump has made confronting Iran a cornerstone of his foreign policy and is squeezing its economy to force it to roll back its ballistic missile program and support for groups such as Lebanon’s Hezbollah, which the U.S. deems a terrorist organization.

The White House is counting on Saudi Arabia and other Arab allies to form a united front to contain Iran. Thursday’s meetings are meant to be a step toward that.

In their closing statement read out by Aboul Gheit, the leaders demanded that the international community "stand with all decisiveness and strength against any Iranian attempt to threaten energy security."

But Aboul Gheit played down talk of war with Iran at a press conference, saying "we should not get past ourselves" and that the Arab states wanted Iran to stop interfering in regional affairs.

"If this happens, then I don’t think there’s need to use military action against Iran, but let’s wait," he said.

Among the officials present was Qatar’s prime minister, Sheikh Abdullah Bin Nasser Al Thani, the most senior Qatari official to visit Saudi Arabia since 2017, when the kingdom, along with three Arab allies, imposed an overnight embargo on its tiny neighbor, accusing it of being too close to Iran and supporting militant Islamist groups around the region.

Coming amid rising regional tensions, Thursday’s visit is seen as the first concrete step toward ending the rift. But Saudi Foreign Minister Ibrahim Assaf indicated there had been no breakthrough at the end of the summit, telling reporters that the crisis would end once Qatar "returns to the right path."