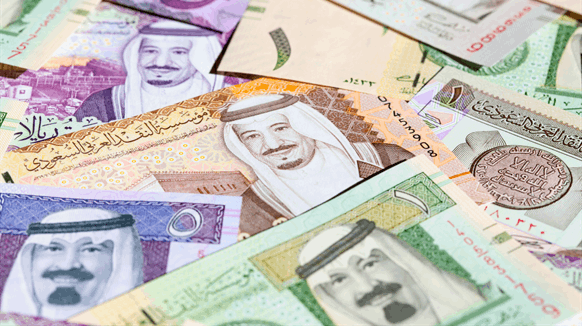 Aramco and its subsidiary Saudi Basic Industries Corp. intend to incorporate existing facilities into the Yanbu project instead of building an entirely new one.

(Bloomberg) -- Saudi Aramco will scale back a planned $20 billion crude-to-chemicals plant as it seeks to cut spending and preserve the world’s biggest dividend amid a slump in oil and petrochemical prices.

Aramco and its subsidiary Saudi Basic Industries Corp. intend to incorporate existing facilities into the Yanbu project instead of building an entirely new one, according to a statement Sunday from Sabic, as the chemicals firm is known.

The two companies are trying to navigate the coronavirus pandemic, which has hammered the energy industry. Bloomberg reported last month that Aramco, which bought most of Sabic earlier this year, was looking to shelve the Yanbu project on Saudi Arabia’s Red Sea coast or integrate it with existing refineries. The Saudi state oil firm is also reviewing plans to buy part of a liquefied natural gas terminal in Texas and has put a $10 billion Chinese refining project on hold.

While reducing spending will preserve Aramco’s ability to pay money to shareholders, “in the long-term this is an indication of a weaker outlook for growth,” said Hasnain Malik, the Dubai-based head of equity strategy at Tellimer, a research firm specializing in emerging markets.

Converting crude directly into high-value chemicals instead of transportation fuels is part of Aramco’s plan to earn more profit from each barrel it pumps. The world’s biggest oil company aims to roughly double refining capacity to boost its unprofitable downstream unit. Its $69 billion acquisition of 70% of Sabic from Saudi Arabia’s sovereign wealth fund is key to that goal.

Aramco and Sabic -- which announced they would partner on the Yanbu development in 2017 -- are still committed to “advancing crude to chemicals technologies through existing development programs with the goal to increase cost efficiency,” Sabic said. Aramco declined to comment further.

Lower oil prices led to a 73% drop in Aramco’s second-quarter profit and a sharp increase in debt, though it maintained a commitment to pay a dividend for 2020 of $75 billion. Almost all of it will go to the Saudi government, which owns 98% of Aramco.

“Signals that capex is being trimmed should be welcomed by debt and equity holders in the short-term because it frees up cash for debt servicing and dividends,” Tellimer’s Malik said.

Sabic suspended new capital expenditure earlier this year as it lost money in the first and second quarters.

Aramco may struggle to keep up annual shareholder payouts of $75 billion beyond 2021 unless crude prices increase, Moody’s Investors Service said this month. The company, which listed in Riyadh last December, pledged dividends at that level for its first five years as a publicly traded firm.

This year’s 35% slump in oil prices to around $43 a barrel has led Aramco to lay off hundreds of mostly foreign workers and announce plans to sell non-core assets.

Aramco’s shares have risen 1.1% this year to 35.65 riyals. They’ve outperformed those of other oil majors in large part because of Aramco’s dividend commitment, according to Bloomberg Intelligence. The likes of BP Plc and Royal Dutch Shell Plc have cut shareholder payouts for 2020.