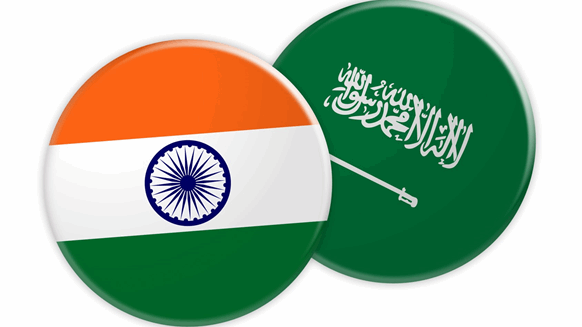 The oil industry is pinning its hopes on India and China, together home to four of every 10 people in the world.

The company, popularly known as Saudi Aramco, plans to create a fully integrated business in India and is interested in partnering with Indian companies, including in a planned large refinery project on India's west coast, CEO Amin Nasser said in New Delhi on Monday.

"India has all the signs of a prosperous economy that is on the move. This is a market of investment priority and not a choice anymore," Nasser said at the Indian Energy Forum by CERAWeek. "We have a number of partners with whom we are going to have serious discussions."

Saudi Arabia has been edged out as the top oil supplier to India amid an intensifying race among producers to retain their most-prized markets. India, which imports about 80 percent of its crude requirement, has been diversifying its sources of oil supply and is seeking more favorable terms from producers in the Middle East. It received its first oil cargo from the U.S. this month.

Saudi Aramco held talks with India's state-owned oil companies led by Indian Oil Corp. to discuss participation in the 60 million ton a year refinery being set up in the state of Maharashtra on India's west coast, Oil Minister Dharmendra Pradhan said on Monday at the same event.

The oil industry is pinning its hopes on India and China, together home to four of every 10 people in the world, as demand elsewhere remains weak while production stays high, keeping prices low. India's oil demand is forecast to grow 135,000 barrels a day this year and 275,000 barrels a day in 2018, according to the International Energy Agency.

Saudi Aramco opened an office in India this week primarily to market crude oil and liquefied petroleum gas as well as to provide engineering and technical services in the country. Nasser said Aramco's plans for India would cover oil supply, refining, marketing, renewables as well as manufacturing petrochemicals and lubricants.

India's oil consumption surged 11 percent in 2016 to the most on record as rising income levels spurred greater use of cars, trucks and motorbikes.

"By 2040, India is likely to be among the fastest growing oil markets, with demand almost doubling to about 10 million barrels per day. Meanwhile, demand for gas is expected to more than triple over the same period," Nasser said.

To contact the editors responsible for this story: Ramsey Al-Rikabi at ralrikabi@bloomberg.net, Pratish Narayanan at pnarayanan9@bloomberg.net, Alpana Sarma, Abhay Singh