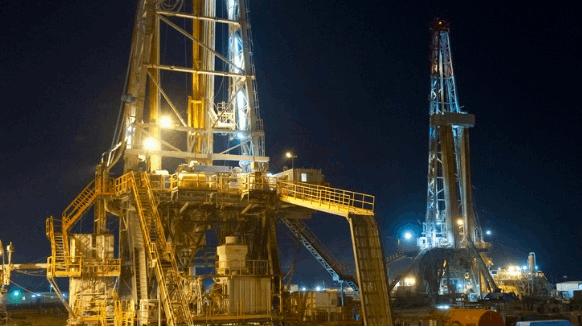 Gas has started flowing from Hadabat Al-Hajara field near the Iraqi border at an average daily rate of 16 million standard cubic feet, in addition to 1,944 barrels of condensates, which are a type of petroleum that usually isn’t classified as crude oil because it’s too light. The nearby Abraq at-Tulul field has started producing 3,000 barrels a day of crude, 49 barrels of condensates and 1.1 million cubic feet of gas.

Aramco said it will drill more wells to evaluate how much energy the fields hold.

The crude finds pale in comparison to the state firm’s existing production of around 8.5 million barrels a day. But the gas discoveries could help its goal of boosting non-oil output, according to Robin Mills, founder of Dubai-based consulting firm Qamar Energy.

“If volumes and costs are suitable, will be useful for meeting Saudi Arabia’s gas targets and supplying the west coast, which currently lacks a gas grid,” Mills said on Twitter.