Saudi Aramco Lifts Spending Plans To $414B Over Next Decade 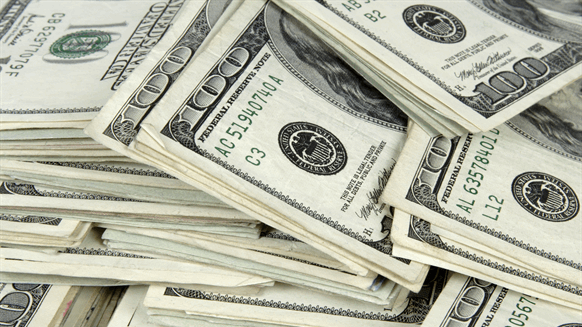 Saudi Aramco plans to raise its spending to $414 billion over the next 10 years.

DAMMAM, Saudi Arabia, Dec 12 (Reuters) - Saudi Aramco plans to raise its spending to $414 billion over the next 10 years, including on infrastructure and drilling, as the state oil giant moves into new businesses, executives said.

The spending plan is higher than Aramco's projection last year of around $334 billion by 2025, as the oil producer has been expanding its businesses, the company's chief executive Amin Nasser said on Tuesday.

"We are into so many sectors now," Nasser told reporters on the sidelines of an industry conference aimed at promoting the kingdom's industrial base and the manufacture of a bigger share of products domestically.

Aramco has already created a department for renewables to develop wind and solar projects and last month it signed a preliminary deal with petrochemical producer Saudi Basic Industries Corp (SABIC) to build a $20 billion complex to convert crude oil to chemicals.

The project, which the partners said would be the largest crude-to-chemicals facility in the world and the first in the kingdom, are part of the Saudi government’s effort to diversify the economy beyond exporting crude.

The kingdom's “Vision 2030” economic reform plan aims at ending its reliance on oil and to stimulate the domestic non-oil private sector. Its centrepiece is a plan to sell up to 5 percent of Aramco in an initial public offering (IPO) next year.

Saudi Aramco outlined a plan known as In-Kingdom Total Value Add (IKTVA) two years ago, aimed at doubling the percentage of locally produced energy-related goods and services to 70 percent of the total spent by 2021.

"Saudi Aramco is expected to spend more than 1 trillion Saudi riyals over the next decade. That has not changed, and we still want to see 70 percent of those riyals being spent locally," Nasser said.

Supporting the growth of small and medium-sized enterprises (SMEs) is a main part of the IKTVA drive and Saudi Vision 2030, which would help create over 40,000 jobs and could add around 30 billion riyals to the kingdom's annual GDP, Nasser said.