Saudi Arabia in Talks to Build Refinery in South Africa 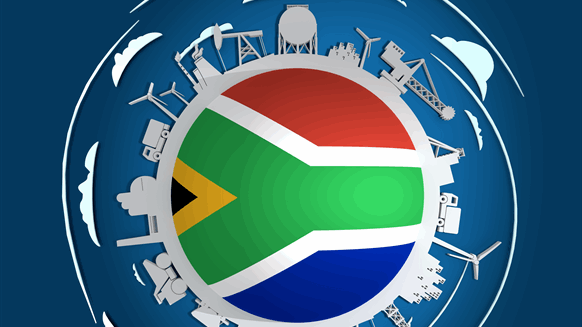 Saudi Arabia is in talks to build an oil refinery in South Africa as part of a pledge.

(Bloomberg) -- Saudi Arabia is in talks to build an oil refinery in South Africa as part of a pledge to invest as much as $10 billion in Africa’s most developed economy.

Joint studies for a refinery and petrochemical complex will be conducted by state oil giant Saudi Aramco and South Africa’s Central Energy Fund, energy ministers from the two countries said in Pretoria on Friday. The negotiations mark a step forward in South Africa’s plans to add a refinery, which it has been considering for about a decade.

Saudi Arabia made its spending pledge last July as South African President Cyril Ramaphosa sought investment to revive a flagging economy. Although South Africa has struck previous agreements to develop a new refinery -- including with China in 2011 -- the project is yet to get off the ground.

With Saudi Arabia supplying about 40 percent of South Africa’s crude, ties between the two countries are close. South African Energy Minister Jeff Radebe has called for an increase in domestic refining to cut reliance on fuel imports. But the pending introduction of clean-fuel standards has, if anything, prompted refiners to stall rather than expand, with Sasol Ltd. considering selling a plant.

Radebe and his Saudi counterpart Khalid Al-Falih signed a declaration of intent Friday to cooperate in oil and gas. Talks between the two have also broached the possibility of Saudi Aramco using the vast oil-storage tanks in Saldanha Bay, a harbor north of Cape Town offering a strategic location for trading.

“We believe that South Africa will grow economically” and additional projects may follow those currently under discussion, Al-Falih said, suggesting that Aramco could also help supply South Africa with natural gas. The Saudi delegation included its minister of commerce and deputy minister of mining, along with executives from Aramco.