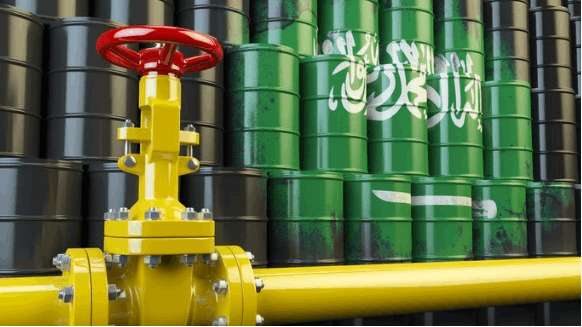 (Bloomberg) -- The world’s biggest oil exporter is hitting the brakes in developing some of its crude and natural gas deposits, idling two offshore drilling rigs as the coronavirus batters energy use.

State-run producer Saudi Aramco has suspended work at the two platforms for about a year, according to filings from the contractors. The producer is also delaying a related $18 billion oil and gas expansion project by at least six months, according to people with knowledge of the situation.

Aramco declined to comment on the status of the rigs or the project.

The pullback marks a rare pause in Aramco’s efforts to drill wells, discover fields and expand known deposits to replace the barrels it’s pumping from the planet’s largest conventional oil reserves. The halts also raise questions about the kingdom’s supply of natural gas, much of which is found in crude reservoirs. Saudi Arabia needs gas to generate electricity and make chemicals.

Cutting back on field development could be a way “to save money in the current situation,” said Robin Mills, founder of Dubai-based consulting firm Qamar Energy. “There’s no point spending on production where it’s not needed.”

Oil producers worldwide are slashing spending and putting projects on hold as the plunge in prices since last year imperils profits. Major suppliers, including the Saudis, are curbing output in response to the pandemic. Although prices for benchmark Brent crude have more than doubled since late April, demand is returning only slowly and risks of a second wave of infections persist.

Dubai-based Shelf Drilling Ltd. said Monday that operations at its offshore rig High Island IV, contracted to Aramco, would be suspended at the client’s request for as long as a year. Another contractor, London-based Noble Corp., said last month that the rig Noble Scott Marks, working at the Marjan field in the Persian Gulf, would stop operations for a year, beginning in mid-May.

Aramco is delaying a project to expand oil and gas output at the Marjan and Berri fields for a period of six months to a year, said the people with knowledge, who asked not to be identified while discussing private matters.

The planned expansion would increase oil-production capacity at the fields by 550,000 barrels a day, to a combined 1.35 million, according to the International Energy Agency. The project would also boost gas flows by 2.5 billion standard cubic feet a day, sending gas by pipeline from Marjan to an onshore processing plant at Berri for domestic use.

To contact the reporter on this story:
Anthony Di Paola in Dubai at adipaola@bloomberg.net

To contact the editors responsible for this story:
Paul Wallace at pwallace25@bloomberg.net
Brian Wingfield, Bruce Stanley