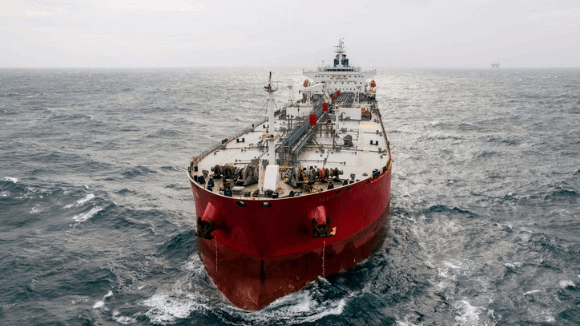 Saudi Arabia's search for ships underscores how big a flood of oil it's planning to unleash on the world.

Saudi Arabia is preparing to unleash so much oil on the world that its own fleet can’t handle it all.

The kingdom’s National Shipping Co., also known as Bahri, has booked on a preliminary basis at least eight supertankers to load this month and next from Saudi Arabia’s main oil ports, according to people familiar with the matter, who asked not to be identified because the information isn’t public. The ships, each able to carry about 2 million barrels of oil, include Dalian, Agios Sostis and Hong Kong Spirit, they said. It’s not uncommon for preliminary bookings to fail.

Saudi Arabia’s search for ships underscores how big a flood of oil it’s planning to unleash on the world, following the breakdown last week of talks between OPEC and its allied producers, particularly Russia. Most of the bookings so far have been to the U.S. Gulf, which will only compound the woes for deeply indebted U.S. shale producers that are already battered by a plunge in oil prices.

Next month, the kingdom’s state-owned Aramco has pledged to supply a record 12.3 million barrels a day, 25% higher than in February. Prices slid the most since 1991 Monday amid the prospect of additional supply at a time when demand is expected to fall this year due to the spread of coronavirus.

“No one needs that much more oil and that’s why oil prices have collapsed,” said Peter Sand, chief shipping analyst at industry group BIMCO. “The current global supply increases isn’t being driven by demand growth, its mainly caused by producers.”

The additional Saudi supply could be destined for storage and not necessarily to a refiner, since there hasn’t been any incremental demand growth because of the coronavirus outbreak, Sand said. The outbreak that began in China has spread to dozens of countries and the global death toll is around 4,000.

The flood of crude scheduled for next month will require more tankers, particularly for trips to Asia, Aramco’s largest and most profitable market, said one person. A ship broker involved in booking the vessels said he couldn’t recall Bahri booking supertankers in the spot market for the Middle-East to Gulf of Mexico route for several years.

Bahri runs a fleet of 41 supertankers, making it among the world’s largest operators of the vessels, according to Clarkson Research Services Ltd. The carriers often transport the kingdom’s crude and have, in recent years, meant the kingdom didn’t need to rely on outside companies to haul its barrels to the Gulf of Mexico.

”Before the weekend, it would have been weird to book so many ships in such a short space of time,” said Halvor Ellefsen, a tanker broker at Fearnley’s A/S in London.

Supertanker rates for Middle East-U.S. Gulf Coast route jumped by 57% to WS 52.41, according to data compiled by Bloomberg. Daily earnings rose to $50,071 a day, almost triple from Monday, according to Baltic Exchange data. Rates were already on the way up as companies sought ships to use as floating storage.

“This increases demand for tankers at a time when supply is also being soaked up for floating storage,” said Randy Giveans, senior vice president for equity research at Jefferies LLC in Houston. “We expect rates to strengthen as a result of this Saudi crude surplus, and then again once Asian refineries come back on in a meaningful way.”