Sasol's $13B US Mistake Costs Co-CEOs Their Jobs 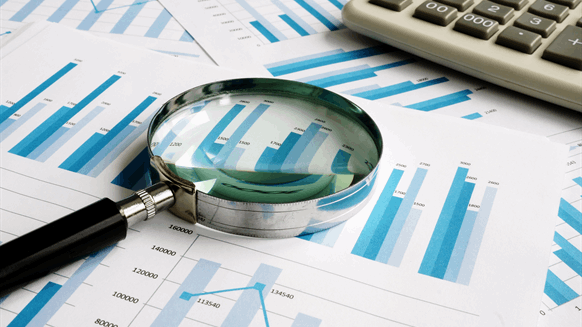 Sasol fired its co-CEOs Bongani Nqwababa and Stephen Cornell after an investigation found serious mismanagement in the development of a $13 billion chemicals plant in the U.S.

(Bloomberg) -- Sasol Ltd. fired its co-CEOs Bongani Nqwababa and Stephen Cornell after an investigation found serious mismanagement in the development of a $13 billion chemicals plant in the U.S., tarnishing the reputation of the whole company.

It’s an ignominious end for the executives, who promoted the Lake Charles facility in Louisiana as a way to transform the fortunes of the almost 70-year-old company, best known for liquid fuels from coal in South Africa. Development of the massive plant went badly wrong, with costs surging about 50% from initial plans.

“There was a culture of fear that was prevailing” at the project, which was fostered by previous management, Sasol Chairman Mandla Gantsho said on a call with reporters. That prevented people from coming forward, he said.

Sasol was drawn to America’s Gulf coast by the shale boom -- a historic surge in production of oil and gas that has reshaped global energy markets. As the Asian manufacturing boom increased demand for chemicals to make materials like plastics, the hydrocarbon feedstocks used to make those chemicals were becoming ever more abundant in the U.S., offering an opportunity for profit.

The Lake Charles Chemical Project, dubbed LCCP, will produce the building blocks of products including packaging, bottles, and footwear, plus solvents, explosives and fertilizers. Once completed, it will boost the portion of chemicals in Sasol’s sales mix to 70%.

It’s one of two massive plants originally planned in the U.S. The second project, to convert natural gas into liquid fuels, was abandoned during the oil-price crash.

Sasol didn’t find misconduct or incompetence by either of the outgoing chief executive officers, who will be replaced on Nov. 1 by Fleetwood Grobler, previously executive vice president for chemicals. Nonetheless, the board decided a leadership reset was needed to restore trust in the company.

“Shortcomings in the execution of the LCCP have negatively impacted our overall reputation, led to a serious erosion of confidence in the leadership of the company and weakened the company financially,” Sasol said. The setbacks “have tarnished the entire company.”

Sasol’s shares rose 12% to 299.51 rand at 2:33 p.m. in Johannesburg on Monday, the most in about 11 years. South Africa’s biggest company by sales has tumbled this year and twice delayed reporting full-year results ahead of an investigation into what went wrong at the plant. The company reported adjusted earnings that missed analyst estimates.

A senior executive previously in charge of the project is facing disciplinary action and three executives involved in Lake Charles have left the company.

Gantsho described the findings of the investigation that included “overly optimistic assumptions” used by the project management team. While more work remains to restore trust in the company, “today we are ending a period of uncertainty,” he said.

The chemical plant, approved in 2014 at an estimated cost of $8.1 billion, exceeded its “worst-case scenario” for price over the last few years as problems continued to deepen.

A cost revision in 2016 reflected “poorer-than-anticipated subsurface conditions,” requiring more ground works, weather delays, and higher construction and labor costs, Sasol said at the time. The following year it shut the site for over a week due to Hurricane Harvey.