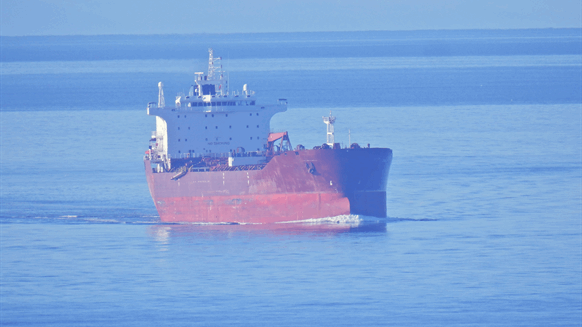 There are already signs that the latest US sanctions thrown at Venezuela are failing.

(Bloomberg) -- There are already signs that the latest U.S. sanctions thrown at Venezuela are failing.

Rosneft Trading SA, the top buyer of Venezuelan crude last year, was sanctioned on Feb. 18 for helping sell the commodity that bankrolls the regime of President Nicolas Maduro. Now, another company affiliated with Moscow-based oil giant Rosneft PJSC that isn’t sanctioned -- and thus can trade freely -- is ramping up shipments from Venezuela.

TNK Trading International SA is scheduled to load 14.3 million barrels of Venezuelan crude in the first two months of 2020, compared with 5 million in all of 2019, according to shipping reports compiled by Bloomberg. That may offset any lost oil revenue for the Maduro administration, underscoring the difficulty of shutting Venezuela’s access to the global market.

The reports show TNK Trading has eight tankers destined for Asia that are loaded, or set to load. Meanwhile, Rosneft Trading -- which accounted for about half of Venezuela’s 874,649 barrels a day in exports in January, before being sanctioned -- has had no shipments since Jan. 29.

Rosneft took control of TNK Trading in December 2017, according to Rosneft’s disclosures in its International Financial Reporting Standards filing that year. And both TNK and Rosneft Trading are registered in Geneva at the same address, the company’s filings show.

Rosneft PJSC didn’t respond to several requests for comment. In the past, Rosneft has said the U.S. sanctions are illegal, that its operations in Venezuela are commercial, not political, and that other international companies, including American ones, operate there. The Russian government said the sanctions won’t affect its international relations with Venezuela or any other country.

A spokeswoman for the U.S. Treasury Department declined a request for comment.

U.S. President Donald Trump began escalating Venezuela sanctions in 2019 when he endorsed opposition leader Juan Guaido as the country’s legitimate leader. The measures accelerated an ongoing collapse of an oil industry already suffering from years of corruption and mismanagement.

Trump’s State of the Union speech earlier this month was attended by Guaido, and the president promised then to break Maduro’s “grip on tyranny.”

Even as the U.S. sanctioned Rosneft Trading, it refrained from sanctioning the parent company, a move that’s kept at bay disruptions to the global oil business.

Moscow has been a crucial supporter of the Maduro regime over the years. Rosneft owns stakes in five oil and natural gas ventures in Venezuela, and has loaned $6.5 billion to the country’s state-owned energy company, Petroleos de Venezuela SA, or PDVSA, between 2014 and 2017 to be repaid in crude oil.

The outstanding debt was about $800 million at the end of the third quarter. The Russian oil giant stopped publishing updates on the debt payment after the U.S. imposed sanctions on Rosneft Trading. The trader has also been importing gasoline to Venezuela, which has been suffering from shortages amid a collapse in its refining network that at one time was a major supplier to the U.S.

Rosneft’s “work is solely about returning in full the earlier prepayments” made to PDVSA, Otabek Karimov, vice president for commerce and logistics at the Russian oil producer, said during a Feb. 19 call, response to a question about the benefits for shareholders from Rosneft’s operations in Venezuela

TNK is no stranger to Venezuela. It loaded 16.8 million barrels of crude in 2017, the data show, before purchases tapered off in the past two years.

To contact the reporters on this story:
Lucia Kassai in Houston at lkassai@bloomberg.net;
Peter Millard in Rio de Janeiro at pmillard1@bloomberg.net

To contact the editors responsible for this story:
Lynn Doan at ldoan6@bloomberg.net;
David Marino at dmarino4@bloomberg.net
Reg Gale, Christine Buurma