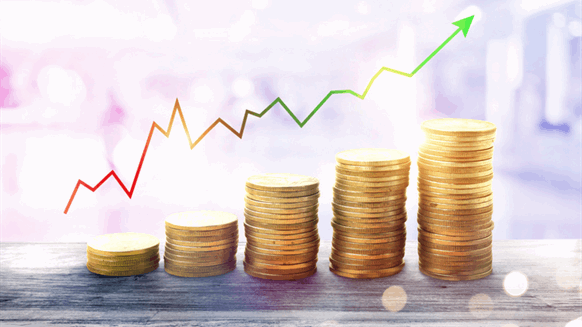 The New York city area may boast the largest share of personal income in the U.S. but pay is growing the fastest in the much smaller oil-boom towns of Odessa and Midland.

(Bloomberg) -- The New York city area may boast the largest share of personal income in the U.S., but pay is growing the fastest in the much smaller oil-boom towns of Odessa and Midland, Texas, according to new Commerce Department data.

Indeed, Midland’s per capita personal income of more than $122,000 a year was higher than that of San Jose, San Francisco, Boston or New York last year, the data show. Midland and Odessa -- bases for Permian basin shale production -- have benefited from a boom that last year drove the U.S. to surpass Russia to become the world’s largest oil producer.

Still, personal income in the New York-Newark-Jersey City area last year rose to almost $1.5 trillion, or 8.3% of the U.S. total -- the largest share in the U.S. The NYC metro area was followed by Los Angeles with a 4.8% share and Chicago at 3.3%. Among the top 20 largest, Denver surpassed Riverside, California for the 18th spot last year.

For the fifth year in a row, metropolitan areas in the U.S. outpaced rural and small towns in per capita personal income -- total pay divided by population.

Per capita personal income last year averaged $56,527 for Americans living in metropolitan areas and $41,552 for those in smaller regions.

In terms of growth, Midland and Odessa, Texas, outpaced all 374 metro areas with the fastest growth, at 17.4% and 14.6% respectively. Midland leads the country in per capita personal income, too, with an average of $122,247 in 2018 -- almost $96,000 higher than the lowest ranked McAllen-Edinburg-Mission, Texas, metro area.

Not surprisingly, Midland’s riches are drawing people to the city. It led all metro areas in population growth last year with a 4.4% gain. By contrast, populations in more than one in five metro areas shrank last year.

The trend could change, however. A recent drop in energy rigs in the area -- a sign of future activity -- has coincided with the moderation of job opportunities and in some cases a drop in wages, according to the latest data from the Federal Reserve Bank of Dallas.

From 2016 to 2018, per capita income in Midland grew by 28%. Among the top 5 areas where income grew fastest over the last two years, three are in Texas.

To contact the reporter on this story:
Alex Tanzi in Washington at atanzi@bloomberg.net

To contact the editor responsible for this story:
Sarah McGregor at smcgregor5@bloomberg.net