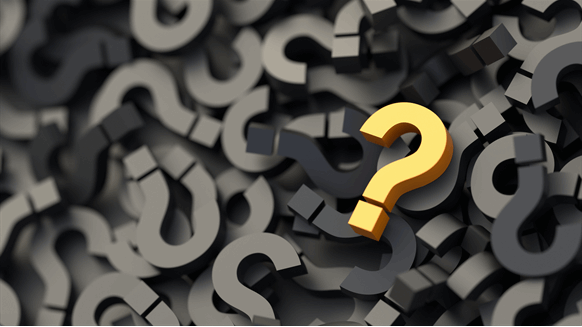 Traders, tanker companies and the world's most powerful governments are becoming increasingly fixated upon one question in the oil market.

Traders, tanker companies and the world’s most powerful governments are becoming increasingly fixated upon one question in the oil market: can the petroleum industry’s supply chain handle the harshest sanctions on Russian exports in history?

A vast shadow fleet of tankers with unknown owners is being amassed to service Moscow’s interests. Intense US-led diplomatic wrangling to soften aggressive European Union sanctions has been going on for months but time is ticking.

Will it be enough? With about six weeks until the bloc’s measures enter into force, little clarity exists on whether these steps will really suffice to help the world’s third-biggest oil producer to get much of its output to buyers to fend off a supply shock.

The US has been sounding the alarm for months that Europe’s sanctions on Russia could trigger such a shock. It’s pushing for companies to be allowed to access EU services -- especially insurance  -- to avoid a price spike before the midterm elections in November. To do that, buyers would have to sign up to a controversial oil price cap.

US officials may aim to set the cap above $60 a barrel, a higher level than earlier signaled. That’s based on speeches and references to historical pricing data that officials have said they will use as a partial guide.

What looks certain is that a large part of Russian flows will be handled by a complex -- and often secretive -- network of ships, owners, ports and safe passages dominated by entities still willing to deal with Russia.

“If you look at how many ships have been sold over the past six months to undisclosed buyers, it’s very clear that a fleet is being built up in order to transport this,” said Christian Ingerslev, chief executive officer of Maersk Tankers A/S in Copenhagen, which runs a fleet of 170 ships -- none of them serving Russia.

In the run-up to Dec. 5, when the EU is due to ban Russian crude imports and halt the provision of shipping, financing and insurance cover to related trades, the most important question is whether there will be enough vessels.

Shipbroker Braemar estimates that to support four million barrels a day of Russian exports to the far east, many of the recently-transacted vessels will need to be added to the 240 ships -- 102 Aframaxes, 58 Suezmaxes and 80 very-large crude carriers -- that have carried Iranian and Venezuelan crude in the past year to form a large shadow fleet that will support Moscow.

“There’s been a sharp rise in the tanker trading since the war and in the run-up to the Dec. 5 deadline by undisclosed entities based in countries such as Dubai, Hong Kong, Singapore and Cyprus,” said Anoop Singh, head of tanker research at Braemar. Many are older ships and will find their way to the shadow fleet, with Russian shipowner Sovcomflot PJSC supplying some tankers as well.

Beyond that, there will also almost certainly be a surge in ship-to-ship transfers -- cargoes being switched from one tanker to another at sea. That’s a result of both the sanctions risk from handling exports directly from Russian ports and the need to collate a few small cargoes onto larger tankers for long-haul voyages.

That, though, is a logistical challenge in itself, especially from the Baltic Sea, Russia’s top export region.

Ship-to-ship transfers involve one vessel maneuvering itself alongside another, attaching a pipe to allow the cargo to be pumped between the two carriers. It can take up to two days and is best done in the calmest waters possible with good weather. Some can involve a multi-stage process of transferring oil from an initial tanker to a floating storage facility, before another step to move the cargo to another ship.

Once the sanctions kick in, European seas will almost certainly be off limits for these so-called STS transfers, and it’s won’t be very helpful for Russia or its buyers to do them inside the Baltic Sea. That’s because, ideally, Asia-bound oil will be transfered onto giant supertankers that are too big to get out of the Baltic with cargoes on board.

The initial vessel would turn around after discharging its cargo to that supertanker and return for more Russia oil, creating a shuttling effect.

These STS locations can take the form of safe harbors or relatively calm out-at-sea waters that don’t fall into jurisdictions that have sanctions or curbs against Kremlin.

While some shipbrokers floated possible suggested locations like Gibraltar and Ceuta, others had doubts citing their links to UK and Spain, which that restrict trade with Russia.

Another STS transfer option could be out on the high seas, even in the middle of the Atlantic Ocean where waters fall outside maritime jurisdictions controlled by European nations. Shippers zeroed in on an area in the mid-North Atlantic near a cluster of islands known as Azores, an autonomous region of Portugal, as a possibility.

While STS operations tend to be costly with an element of risk, this practice will be paramount in ensuring the continued flow of Russian crude -- both logistically and to help some buyers to keep their activities private.

While it’s not uncommon for shipments from sanctioned regimes to undergo one STS, shippers are not ruling out the possibility of two transfers -- one inside the Baltic, a second one outside -- to help bring the barrels to market.

Over the past months, there’s been a frenzy of buying activity in the used tanker market, specifically concentrated on the type and class of ships that will be heavily used to move Urals and ESPO from their export terminals.

One such tanker type is Aframaxes, the smallest mainstream international tanker that can carry about 650,000 to 750,000 barrels of oil through shallower waters and from shallower ports.

Aframaxes with ice-breaking capabilities have been in the spotlight as they’ll be essential for exports of Urals from the Baltic this winter. Ice-class Aframaxes are fetching double the price from a year ago with buyers preferring to keep their identities a secret.

Shipbrokers also observed a rise in trading activities for non-ice class Aframaxes aged 15 years or older. Some of these tankers are expected to turn up in east Siberia, where they’ll help to transport Russian ESPO crude to buyers including Chinese and Indian refiners.

If all those things aren’t challenging enough, many of these issues will be compounded by difficulties finding industry standard insurance.

Most tankers are covered against risks including oil spills by 13 member organizations within the International Group of P&I Clubs, many of which are in Europe. The EU’s sanctions mean the bloc’s firms would have to stop providing cover while the IG itself couldn’t count on reinsurance from EU companies.

The UK has yet to fully follow the EU, meaning that some cover could still be available. The IG itself is in London.

The price cap would make European services and insurance available to companies who pay adhere to a price ceiling for Russian oil. Not withstanding whether Russia would cooperate with the cap program, the EU’s participation is far from straightforward.

In signing up, the bloc had two important stipulations.

First, that shipping companies -- including the giant Greek fleet -- would be included. In other words, a trader could theoretically only hire a Greek tanker if that trader paid a capped price for oil.

Second, the EU’s rules as currently written state that a tanker anywhere in the world will not be allowed to access the bloc’s insurers and reinsurers -- for any future cargo, including non-Russian -- if they purchase if they transport a oil that wasn’t bought under the cap.

Europe is a center for insurance and reinsurance and without it, owners risk being under covered against risks including oil spills. That makes adhering to EU sanctions -- and the cap -- a very polarizing and uncertain issue for tanker owners. The EU’s implementation of a cap has yet to be formalized and also depends on other G-7 nations taking similar actions.

And there are just over six weeks to go.

--With assistance from Jack Wittels and Julian Lee.