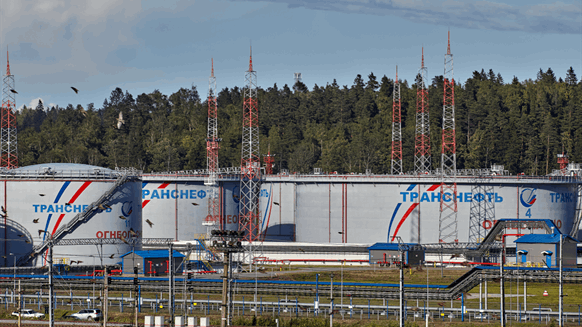 Russia's exports of its flagship Urals crude oil grade are set to plunge next month.

(Bloomberg) --Russia’s exports of its flagship Urals crude oil grade are set to plunge next month, underscoring the nation’s commitment to helping OPEC and allied producers to avert a global glut.

Exports of the grade from its three main western ports -- Primorsk and Ust-Luga in the Baltic Sea and Novorossiysk in the Black Sea -- will fall 40% month-on-month to about 785,000 barrels a day in July, according to loading plans seen by Bloomberg. The country only began shipping from Ust-Luga in 2012 and flows from the three facilities have never been lower on a combined basis since then.Russia is working with Saudi Arabia and other producing countries to eliminate a surplus. Its output cuts have driven up premiums that Urals command to the highest in years, and tightened the wider physical oil market, albeit at the cost of selling smaller volumes.

Financial derivatives in the Urals market rallied after the news. Swaps contracts for July were trading at premiums of between $1.80 and $1.95 to Dated Brent, brokers said. That compares with a discount of about $4.50 at the depths of oil’s rout in early April.

The reduced exports had already been foreshadowed by a partial loading program. An export schedule for the first 10 days of July showed flows for the period dropping to 880,000 barrels a day.

--With assistance from Sherry Su and Alex Longley.

To contact the reporter on this story:
Alaric Nightingale in London at anightingal1@bloomberg.net

To contact the editors responsible for this story:
Alaric Nightingale at anightingal1@bloomberg.net
Christopher Sell, Amanda Jordan