Russia to Ease Cuts From July in Line With OPEC+ Plan 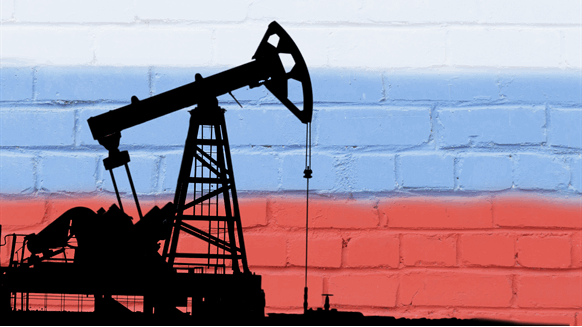 Russia is going to stick to the terms of the OPEC+ deal struck earlier this year.

(Bloomberg) -- Russia is determined to start easing oil output cuts from July, sticking to the terms of the OPEC+ deal struck earlier this year, according to people familiar with the key producer’s position.

OPEC and its allies reached a historic accord in April to slash production as the pandemic savaged demand. As part of that deal, the cuts would slowly taper from July.

But since the agreement was sealed, Saudi Arabia tried to prop up the market with additional cuts and Gulf allies followed suit. As OPEC+ prepares to meet in two weeks’ time, members are weighing up whether to extend the cuts or ease them.

Three Russian officials and two people in the industry, speaking on condition of anonymity, said the nation’s position is to stick to the plan. Kremlin spokesman Dmitry Peskov told reporters on Tuesday the deal is “undoubtedly successful,” and said countries will look how the situation develops before taking a decision at the June 9-10 meeting.

The historic April agreement, which marked the end of a price war between Moscow and Riyadh, helped to reduce global glut and has prompted a recovery in crude prices. Brent traded at $36 a barrel on Tuesday -- almost 70% higher than a month ago -- as the easing of coronavirus lockdowns around the world slowly lifts demand. At these levels, it’s still a blow for Russia’s budget.

On Tuesday Russian oil producers discussed the future of the OPEC+ deal with Energy Minister Alexander Novak, including the possibility of extending the deepest cuts for another two months, according to Kommersant, a Russian business newspaper.

The discussion came up as Saudi Arabia, the de-facto OPEC leader, has pressed for extending the cuts, Kommersant said, citing an unidentified person. The meeting didn’t reach a consensus, according to the newspaper.

Russia has traditionally preferred a cautious, wait-and-see approach before OPEC+ meetings, often agreeing to proposals of its partners at the last moment.

While the crude surplus remains at about 7 million to 12 million barrels a day, Russia expects that global supply and demand could balance in June or July, Novak said in a statement Monday.

Russian industry players are also cautiously optimistic about the recovery. The St. Petersburg Oil Terminal, where fuel from key refineries is loaded onto ships bound for Europe, has recorded a sharp rebound in European demand for some types of oil products, such as diesel, as lockdowns are relaxed.

“We see that the demand is approaching normal levels,” with the exception of jet fuel consumption, which may take as much as three years to return to the 2019 volumes, Mikhail Skigin, the terminal’s Chief Executive Officer told Bloomberg in an email.

The cuts have been painful in Russia, where producers have faced their greatest challenge in decades: shutting in a large number of wells without permanently damaging the fields. Russia is making about a quarter of the total OPEC+ cuts.

Rosneft PJSC, which accounts for about 40% of nation’s output, has so far just limited oil flows to comply with its quota. But within the next three months it will look into “full shut-ins and long-term conservation of some of the highest-cost projects,” Chief Financial Officer Pavel Fedorov said this month.

According to the deal, Russian oil companies have to reduce their crude production on pro-rata basis by 2.5 million a barrels in May and June, down from about 11 million barrels a day. Then the cuts will average 2 million barrels a day until the end of this year and will flatten further to 1.5 million through April 2022.

--With assistance from Irina Reznik and Ilya Arkhipov.

To contact the editors responsible for this story:
James Herron at jherron9@bloomberg.net
Emma Ross-Thomas