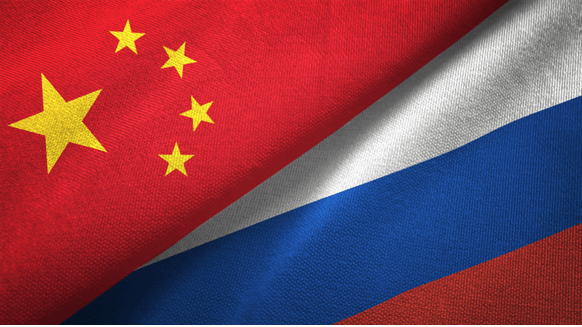 The world's biggest natural gas exporter and one of the globe's top consumers of the fuel cemented their energy cooperation on Monday.

(Bloomberg) -- The world’s biggest natural gas exporter and one of the globe’s top consumers of the fuel cemented their energy cooperation on Monday with the launch of Russia’s giant Power of Siberia pipeline to northern China.

Gas started flowing toward China through the link, which has become a symbol of President Vladimir Putin’s pivot to the fast-growing economies of Asia as relations deteriorate with the West. The pipeline, which runs from Russia’s enormous reserves in eastern Siberia and will eventually be 3,000 kilometers (1,900 miles) long, will help satisfy China’s vast and expanding energy needs.

“The tap is open, gas is being supplied to the gas transportation system” of China, Alexey Miller, chief executive officer of Gazprom PJSC, told Putin via videolink from the compression station near the Chinese border.

Gazprom, Russia’s biggest gas producer, signed the $400 billion contract to supply as much as 38 billion cubic meters of gas annually for 30 years with China National Petroleum Corp. in 2014, after more than a decade of talks. It’s Gazprom’s biggest contract ever.

“This step is bringing Russian-Chinese strategic cooperation in energy to a whole new level,” Putin said to his Chinese counterpart Xi Jinping via videolink. Xi called it “a milestone project for the bilateral energy cooperation.”

Gazprom hasn’t disclosed the price of the gas, but Putin has said it’ll be linked to oil prices, similar to the formula for European consumers. While Russia will have to compete with seaborne supplies of liquefied natural gas from producers such as Qatar and Australia, the expectation is that growth in China’s energy needs will require more pipeline and LNG capacity. That will benefit other Russian firms such as Novatek PJSC, which is developing LNG on the Yamal peninsula in the Kara Sea.

Gas consumption in China, Asia’s biggest economy, has surged in recent years as the government pressures homes and factories to use it in place of coal to combat air pollution. Imports reached 43% of total gas supply in 2018, with about two-fifths of that arriving via pipeline from Central Asia and Myanmar, with the rest sourced as LNG.