Russia May Be Testing US Gas Nerve 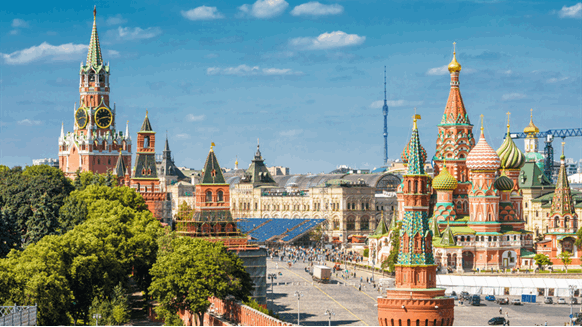 Russia's strong natural gas shipments to Europe may be an attempt to test the resilience of U.S. exporters.

(Bloomberg) -- Russia’s strong natural gas shipments to Europe may be an attempt to test the resilience of U.S. exporters, according to Citigroup Inc.

Shipments this year from Russia have helped boost European gas storage to near full capacity and exacerbated the region’s oversupply, the bank’s analysts including Ed Morse wrote in a June 9 report. One motivation for not cutting that supply -- which would help prices recover -- could be that Moscow is “testing the response of the global gas market in a low price environment, especially U.S. LNG export elasticity.”

Given the current storage levels in Europe, restricting U.S. LNG exports for two months may make sense, according to Citigroup. That could trim about 400 billion cubic feet of supply in late summer and early fall, roughly equivalent to the inventory overhang in Europe. Otherwise, Russian pipeline exports to Europe may have to fall by as much as 15% year-on-year to balance the market, it estimates.

Pain for U.S. gas exporters caused by Russian supply has the potential to further politicize competition in the European gas market. While American LNG sales to Europe are a fraction of what the region gets by pipeline from Russia, the U.S. has framed its energy supplies as an alternative to reliance on Moscow. The Department of Energy has even tried highlighting the foreign policy implications of the nation’s exports by labeling it “freedom gas.”

If Russia is seeking to test the global market, then low LNG prices could last through fall and possibly into next winter, the bank said. Besides the U.S., lower supply from Malaysia, Indonesia and eastern Australia could also be possible, though the volume is questionable, Citigroup said. The bank highlighted a press conference by Russia’s Gazprom PJSC, coming up on June 18, as providing potential insight into its export strategy to Europe.

Given the oversupply, Citigroup cut its gas price forecasts for this year by as much as 18%. U.S. Henry Hub is seen at $2.50 per million British thermal units, European Title Transfer Facility at $5 and Asia’s Japan/Korea Marker benchmark at $5.80.

--With assistance from Rob Verdonck and Dina Khrennikova.