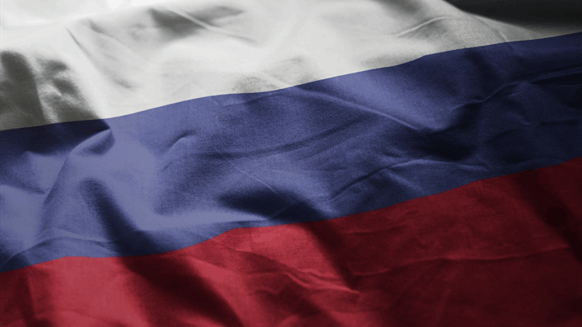 Russia may have to pay a record $50 billion arbitration ruling after a Dutch court ruled in favor of the former owners of Yukos Oil Co.

(Bloomberg) -- Russia may have to pay a record $50 billion arbitration ruling after a Dutch court ruled in favor of the former owners of Yukos Oil Co.

The ruling by The Hague Court of Appeal Tuesday reinstates an award issued in 2014 by an arbitration panel and could set off a new wave of efforts to seize Russian state assets around the world. The decision is the latest twist in a 15-year legal saga that has raged between the Kremlin and the owners of what was once Russia’s biggest oil company.

“We are ready for war, and a legal battle is better than any other kind,” said Leonid Nevzlin, one of the former Yukos owners. “We can now begin a full-scale seizure of assets that are recognized as the property of the Russian state.”

The decision can be appealed to the Dutch Supreme Court.

Russia will continue to defend its interests in the case and plans to appeal, the country’s Justice Ministry said in a statement.

The Yukos affair was a pivotal moment early in President Vladimir Putin’s now 20-year rule that reestablished the Kremlin as the ultimate power in Russia after the chaotic post-Soviet transition. The arrest of Yukos’s founder Mikhail Khodorkovsky, Russia’s richest man at the time, on the tarmac of a Siberian airport in 2003 sent a clear signal to other oligarchs that their interests were now subordinate to those of the state.

The judgment could further strain relations between Russia and the Netherlands, which accuses the Kremlin of involvement in the 2014 downing of Malaysia Airlines Flight 17 over eastern Ukraine, in which 298 people died. Putin has denied any Russian role.

In the wake of Khodorkovsky’s arrest, Yukos was dismantled amid billions of dollars of tax claims that he described as revenge for his funding of opposition parties. Putin issued a pardon to free Khodorkovsky in 2013 after a decade in prison on convictions for fraud and tax evasion linked to Yukos. He now lives in London, where he campaigns in exile for an end of Putin’s system.

Khodorkovsky sold his claims to Yukos to his former partners, including Nevzlin, who argue that their property was expropriated by the Russian state.

The Hague court found there was no conflict with Russian law in regards to a treaty that Russia signed, but never ratified, according to a copy of the ruling. In 2016, an appeals court had overturned the initial ruling, citing the treaty.

The Kremlin has said it isn’t bound by the award, which amounts to about 3% of Russia’s gross domestic product. Russia’s Constitutional Court ruled in 2017 that the country wasn’t liable to pay billions of dollars in Yukos-related damages ordered by the European Court of Human Rights. Putin in January proposed amending the constitution to give Russian law precedence over international obligations.

After the 2014 ruling, the former Yukos shareholders sought to seize assets in countries including France, Belgium, the U.S. and India. In Belgium and France, state assets that had been frozen were unblocked following Russian protests.

Nevzlin Tuesday declined to comment on what assets the shareholders might seek to seize. In 2014, a representative of the former shareholders said they may target state-owned Rosneft PJSC, which took over most of Yukos’ assets and operates in 25 countries around the world.

--With assistance from Irina Reznik.