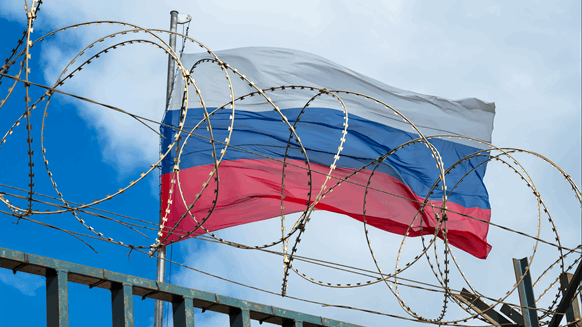 The European Union has been struggling to agree on how strict a price cap should be.

The Kremlin is drafting a presidential decree that will prohibit Russian companies and any traders buying the nation’s oil from selling it to anyone that participates in a price cap, according to a person with knowledge of the matter.

The decree will forbid dealings with both companies and countries that join the price-cap mechanism, the person said, without giving an exact definition of how participation in such a mechanism would be defined. It would essentially ban any reference to a price cap in contracts for Russian crude oil or products, and prohibit loadings destined for any countries that adopt the restrictions, according to the person, asking not to be named because the matter isn’t public yet.

The European Union has been struggling to agree on how strict a price cap should be. Diplomats suspended talks on Friday about a proposal for a cap at about $65 a barrel, well above the current price of Russia’s main export crude. Disagreements over the price level remained entrenched and the talks were postponed to Monday.

It’s not clear how much impact a price cap, or a Kremlin decree in response, would have on trade. That’s because the formal backers of the measure are already refraining from buying Russian oil. The policy is actually aimed at other major consumers, such as India, which won’t have access to western insurance and other shipping services if they pay more than the capped price for Russian crude.

Russian President Vladimir Putin and several other officials have said on numerous occasions that the nation won’t supply energy to those who will join a price cap. Instead, the country will redirect its oil supply to “market-oriented partners” or reduce production, Deputy Prime Minister Alexander Novak said earlier this week.

India, Turkey and other big buyers haven’t signed up to the cap. At this stage it looks like they would have no trouble continuing to buy Russian oil, since the latest proposal has the cap so far above current market prices.