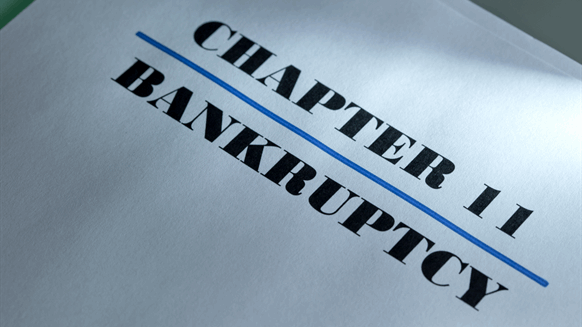 The refiner sought bankruptcy protection after the EPA closed its facility.

The St. Croix, U.S. Virgin Islands-based company said in a statement that it plans to use the court protection process to negotiate with creditors and equity holders and weigh options including asset sales.

The refinery sought bankruptcy “due to severe regulatory and financial constraints” that forced it to suspend its refinery operations indefinitely, and has lined up to $25 million of so-called debtor-in-possession financing that will help it maintain the refinery through the Chapter 11 process, according to the statement.

The 200,000-barrel-a-day refinery in May was forced to halt operations following emissions incidents that included contamination of drinking water. On June 21, the company said it was suspending plans to restart the refinery and cutting more than 270 workers after efforts to raise capital foundered.

The bankruptcy comes at a time when the industry is struggling with shrinking profitability, excess production capacity and rising competition from mega-refineries in Asia amid a push by the Biden Administration to move the U.S away from fossil fuels.

Limetree was formed in 2016 after an affiliate of ArcLight Capital Partners and Freepoint Commodities LLC bought the St. Croix refining units and terminal assets from Hovensa LLC, a venture owned by Hess Corp. and Venezuela’s state-owned Petroleos de Venezuela SA that had filed for bankruptcy months earlier. In 2018, Limetree announced an approximately $1.3 billion funding plan to restart the idled refinery, which started running earlier this year.

Limetree Bay Ventures LLC, the parent of the refinery and terminals, is now owned by EIG Global Energy Partners.